The Great British Take Off Is Here! £10 Off Balloon Rides With Code 'Air10'
Buy Now The Rugby League World Cup is finally coming to the UK! 12 months later than planned, as is the way with every sporting event in these unprecedented times, but nevertheless, its coming and it promises to be very exciting! For the first time ever, the men’s, women’s and wheelchair tournaments will take place simultaneously. 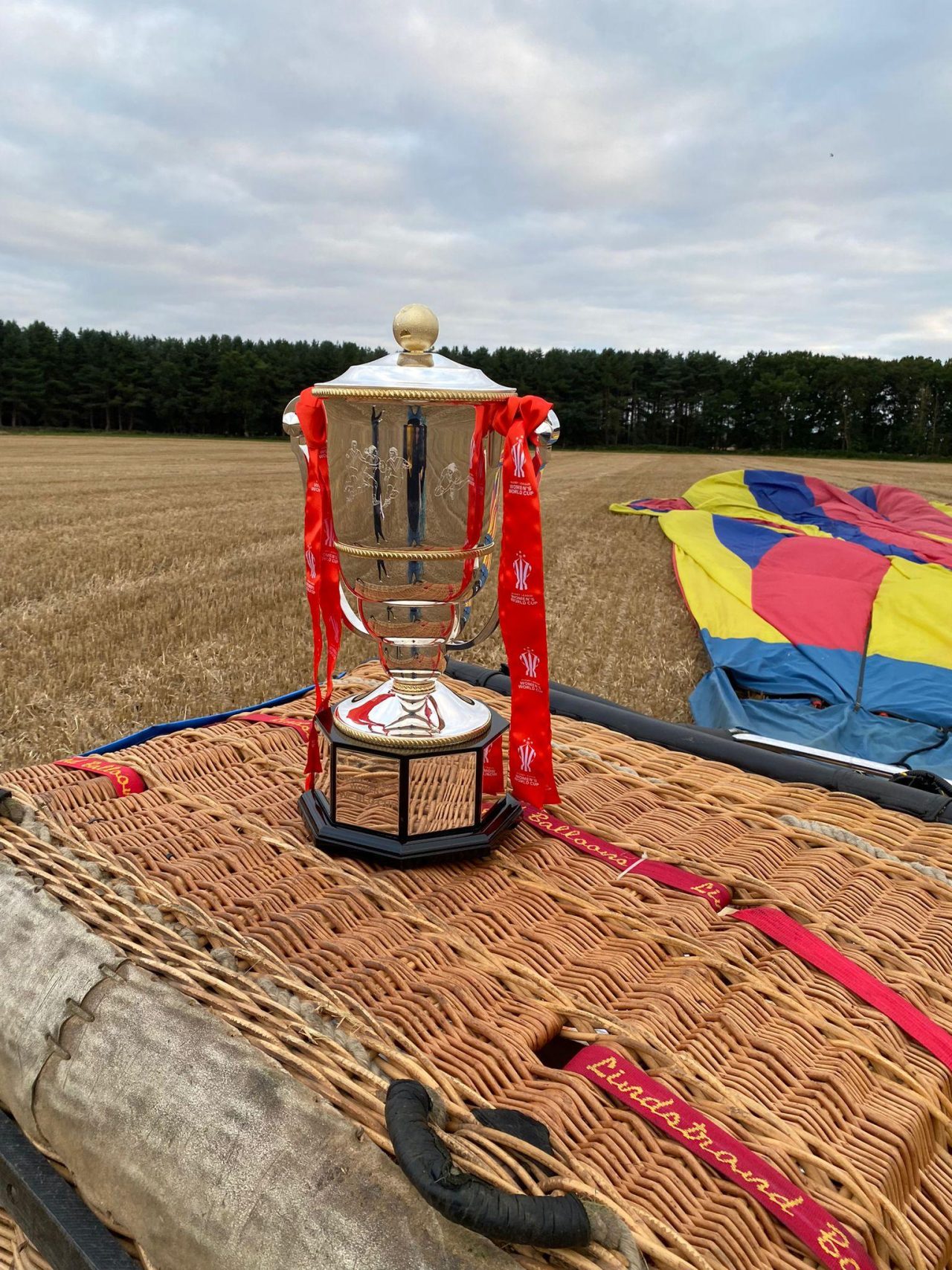 The matches take place between October 15th and November 19th so to promote this the Rugby League World Cup team have been busy touring around the whole of the UK with a trophy tour so that fans new and old alike can really get up close and personal with the beautiful trophies. 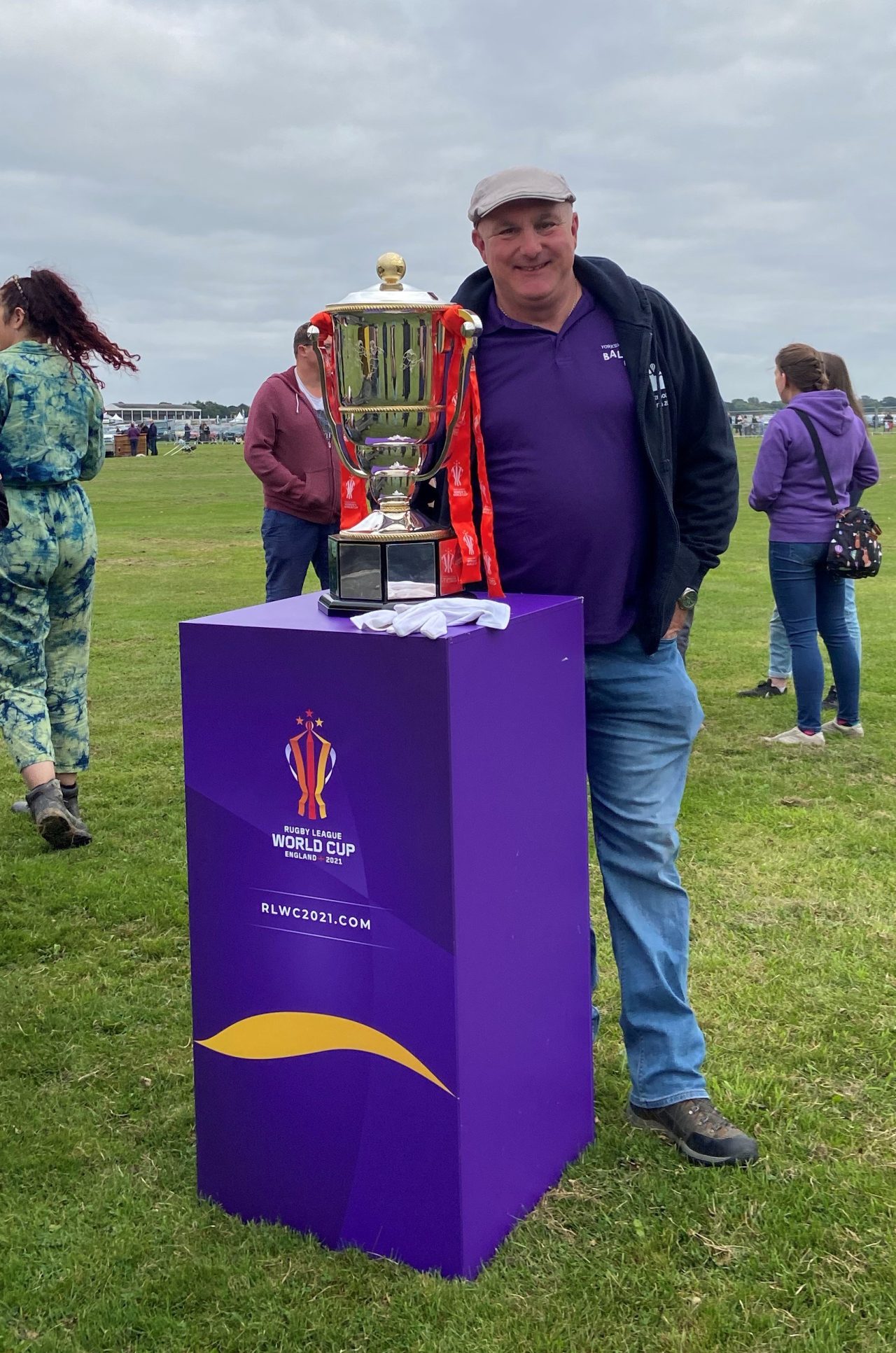 The balloon wasn’t one of the Virgin Hot Air Balloons, instead it was Sutty’s own balloon so him and his daughter took the trophy on a sightseeing expedition across York where matches will be held when the World Cup starts. 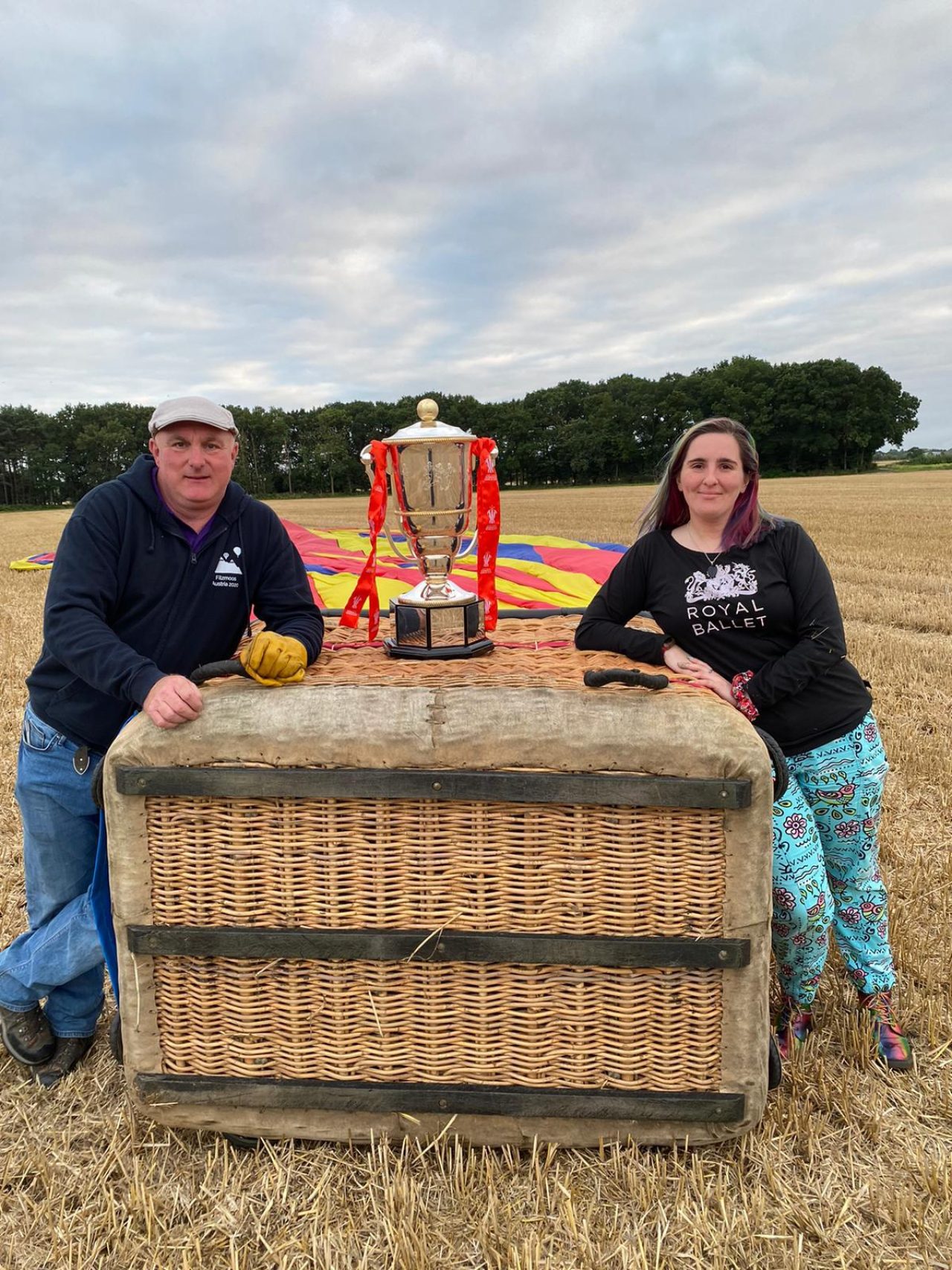 “The cup was really heavy as it was about 2ft tall! I had to take out a fuel tank out because I wouldn’t fly it without the travel box which I had to double strap in as it was bigger than a tank and at 7/9 knots it wouldn’t be safe rattling around on the drag landing!” said Sutty.

If you want to see these magnificent trophies, follow the link to discover where they’re going next. We wonder what the next strange thing will be to fly in a hot air balloon…. 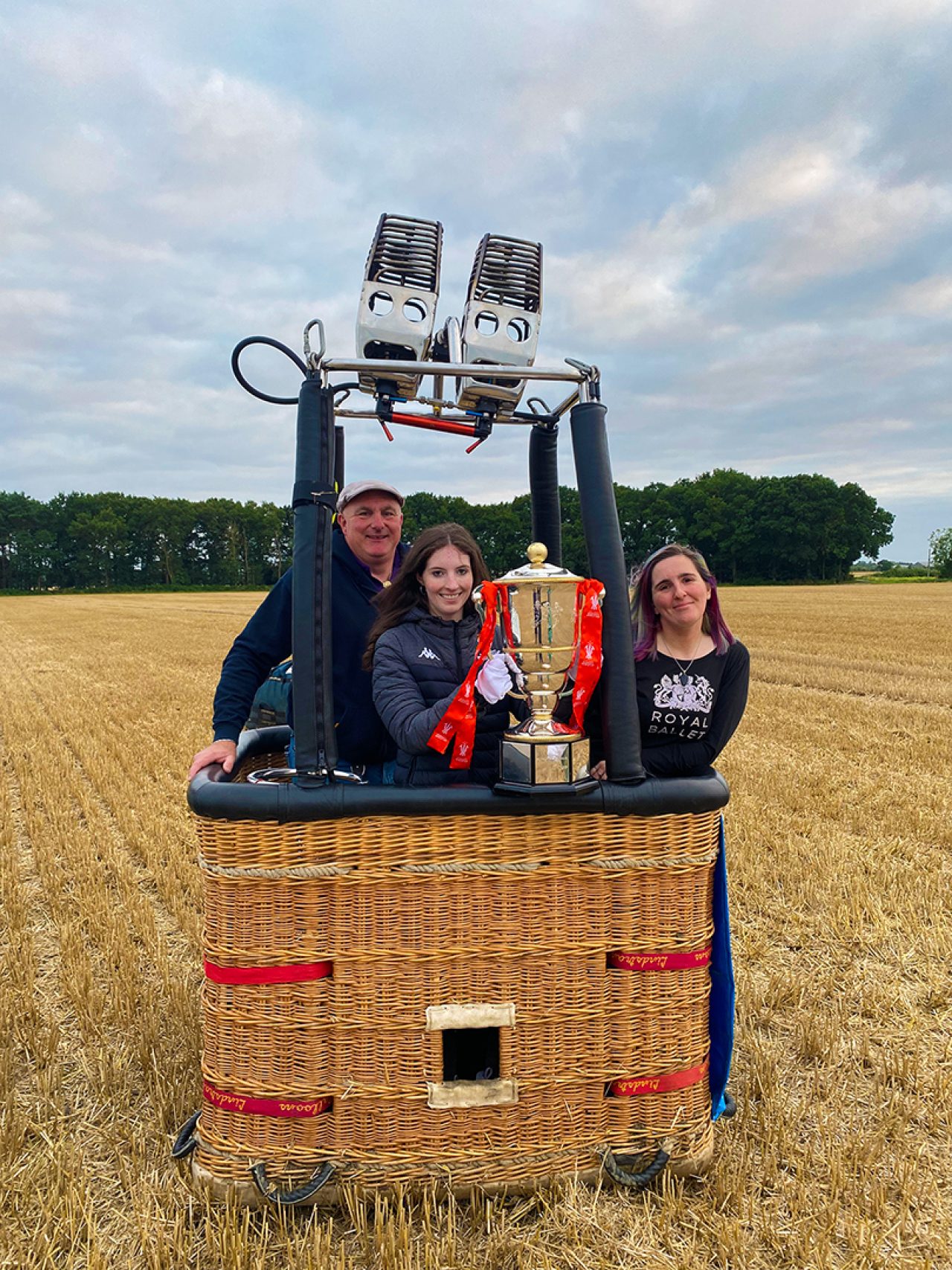