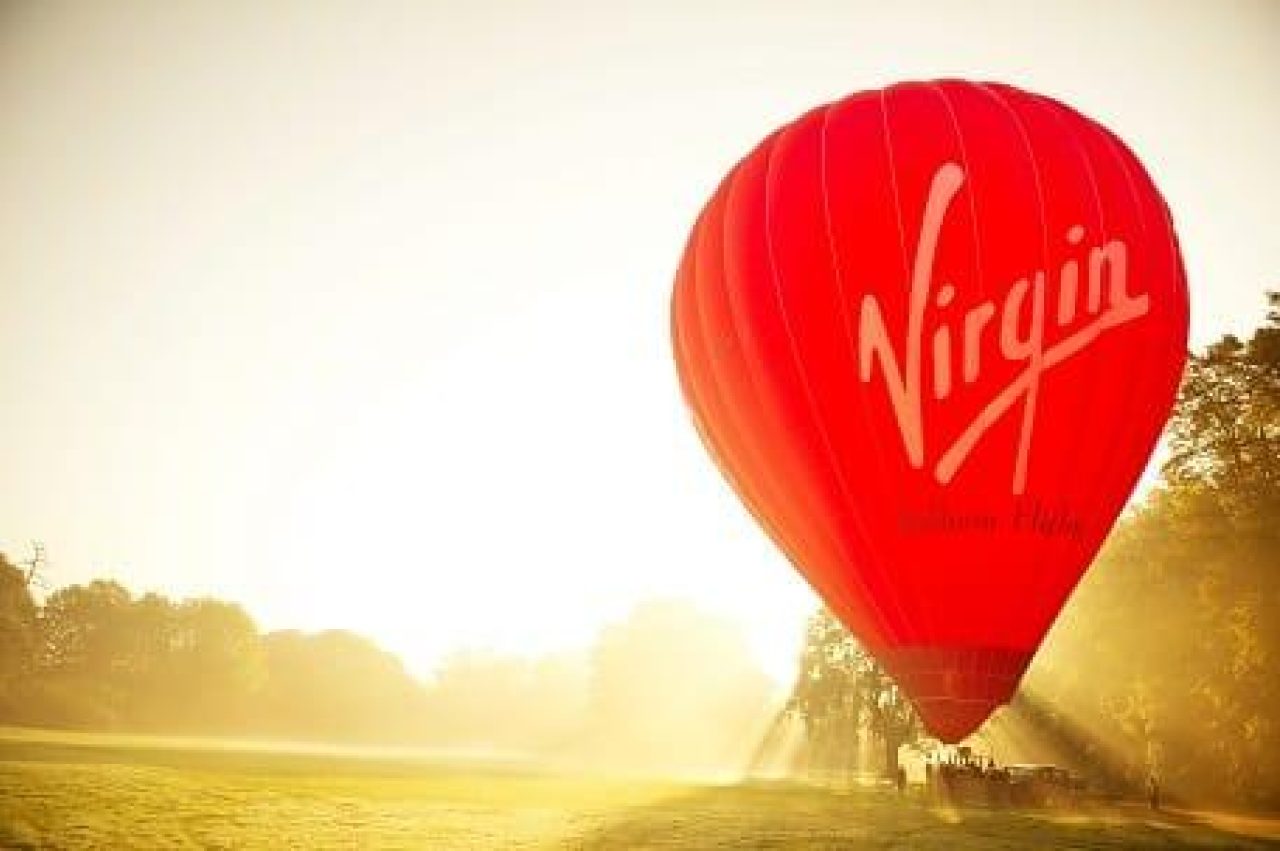 The Evolution of the Hot Air Balloon

Obviously here at Virgin Balloon Flights, love hot air balloons and the history behind them, especially with the forthcoming Bristol International Balloon Fiesta where lighter-than-air flight is so strongly celebrated.

The almost magical way hot air balloons majestically float through the skies, over stunning landscapes below and with the only sounds from nature and the occasional burst of the burners is an experience like no other.

And you can find out just what a trip of a lifetime a balloon ride really is by hopping on board with Virgin Balloon Flights from one of more than 100 locations across mainland UK.

But just how did such an awe-inspiring and iconic aircraft come into being? 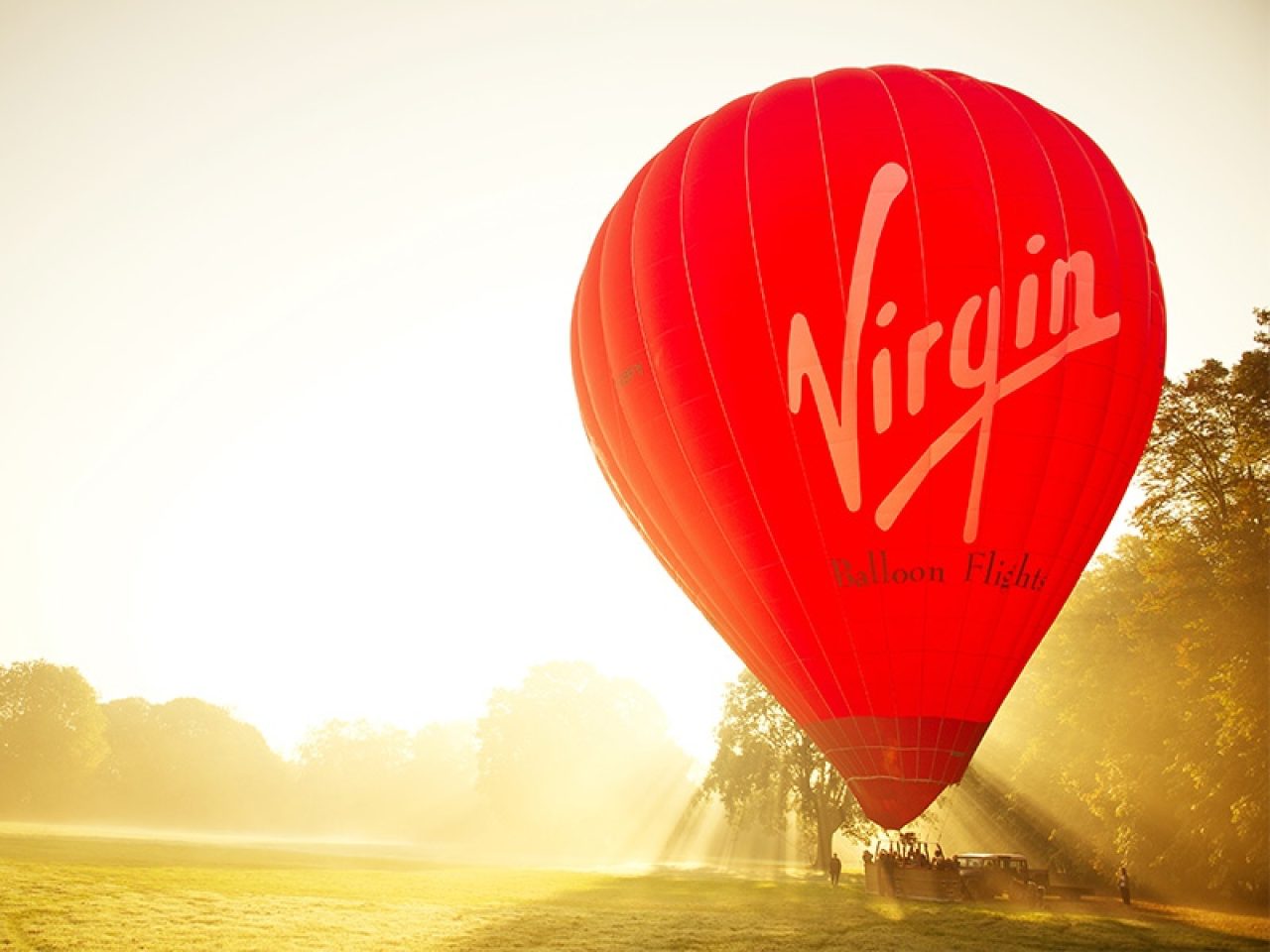 How It All Began

Although they still may look like a traditional flying object, the hot air balloon has flown a long way since it was first developed in the 18th Century.

This blog will take you way back to the launch of ballooning and uncover how it has evolved to be the popular flying machine that it is today (kind of like a little history lesson, but fun!).

The history of hot air balloons goes way back to the Three Kingdoms era (220-280 AD) in China, where Kongming Lanterns were used for military signalling.

These were very similar to the type of Chinese paper lanterns used today. 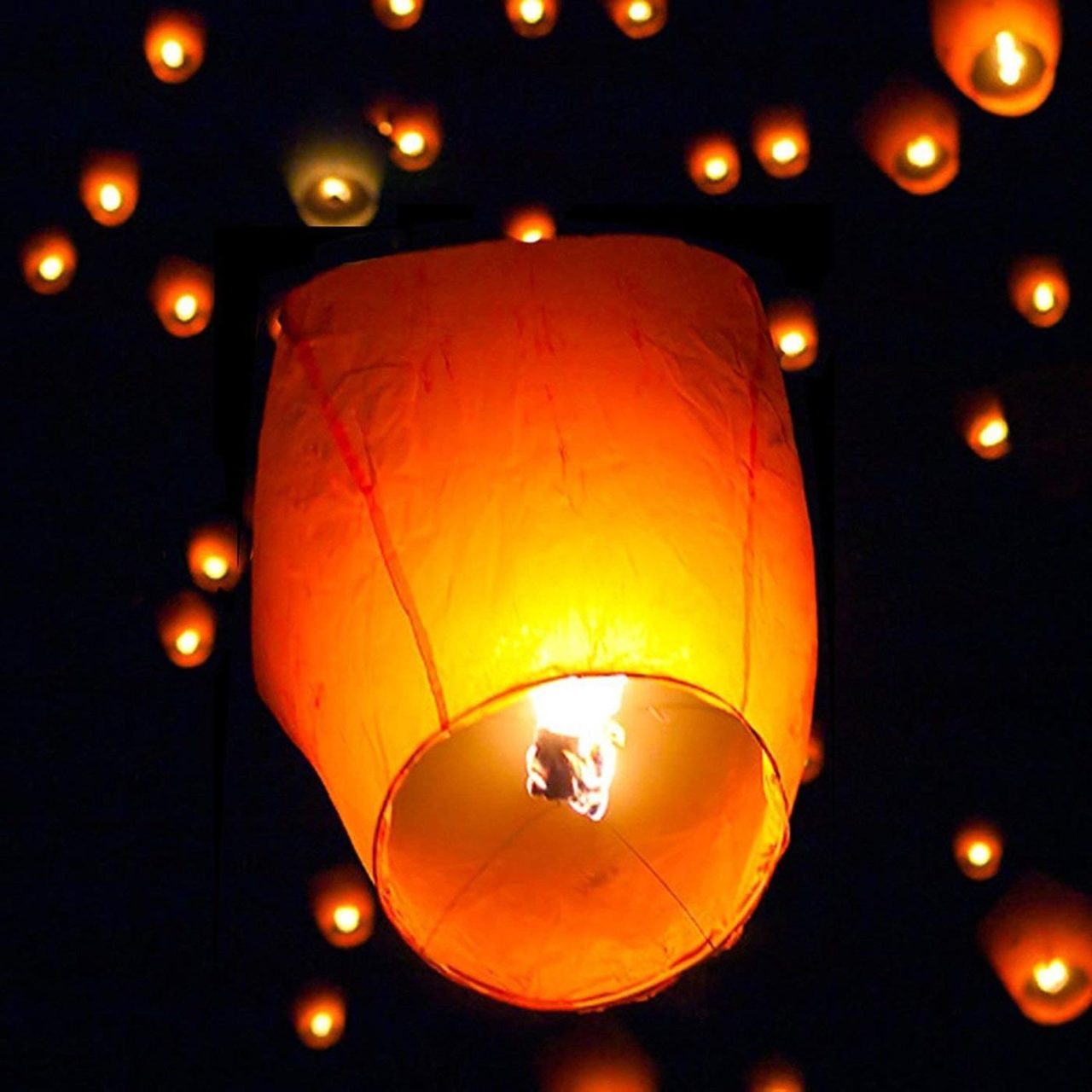 Believe it or not, but the first passengers on board a hot air balloon flight were a sheep, duck and rooster!

This flight took place on the 19th September 1783 and lasted for a whole 15 minutes.

The balloons during this period would have looked similar to the image below, how about that for a stunning design?! 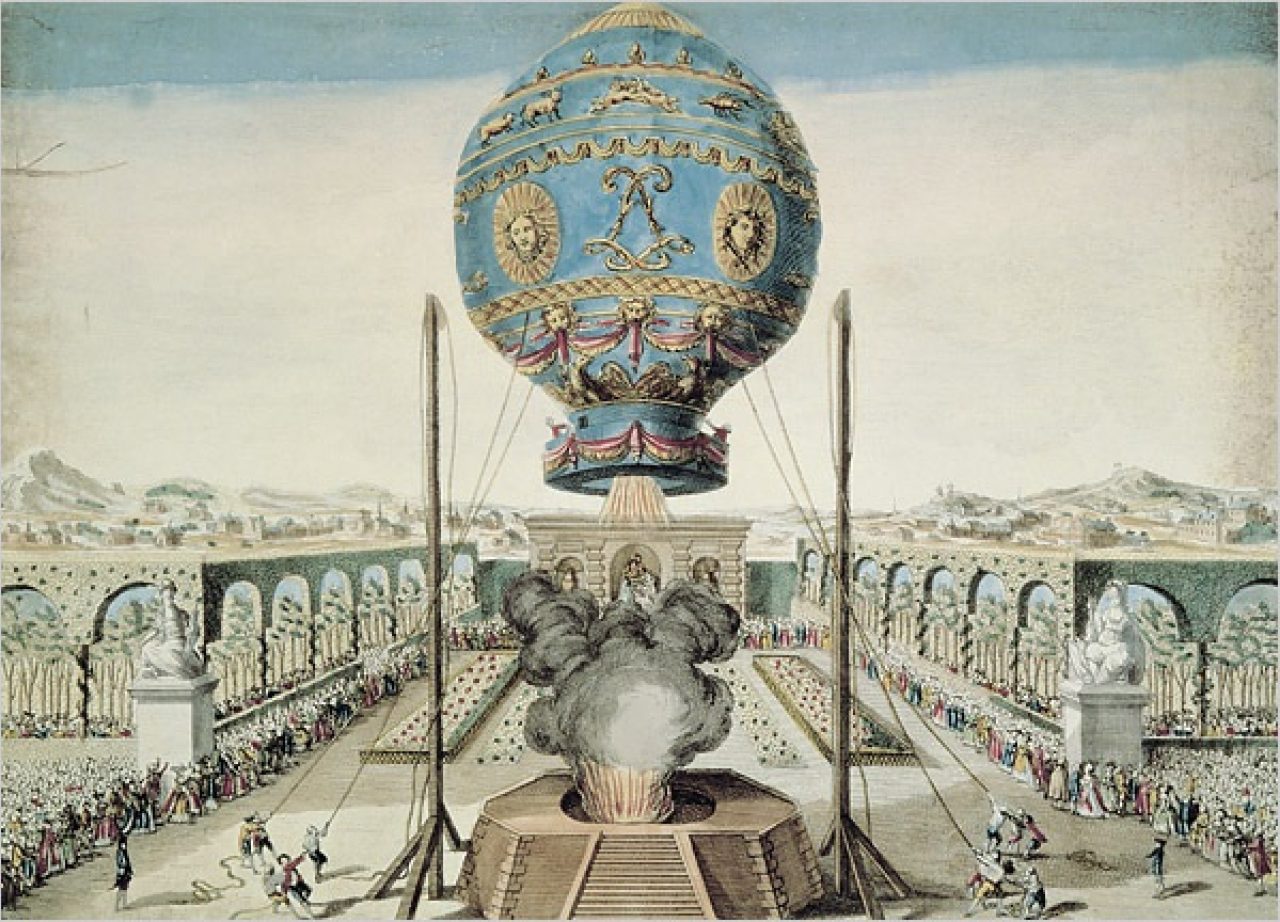 The first flight with human passengers took place on October 19th 1783, which was tethered, and had Jean-Francois Pilatre de Rozier and Jean-Baptiste Reveillon on board.

A month later, the first untethered flight took place on November 21st 1783, where the passengers traveled over five miles in 25 minutes!

All of the ballooning action up to this point took place in France, however, 1784 saw the first hot air balloon flight take place in the UK by James Tytler who flew over Edinburgh. 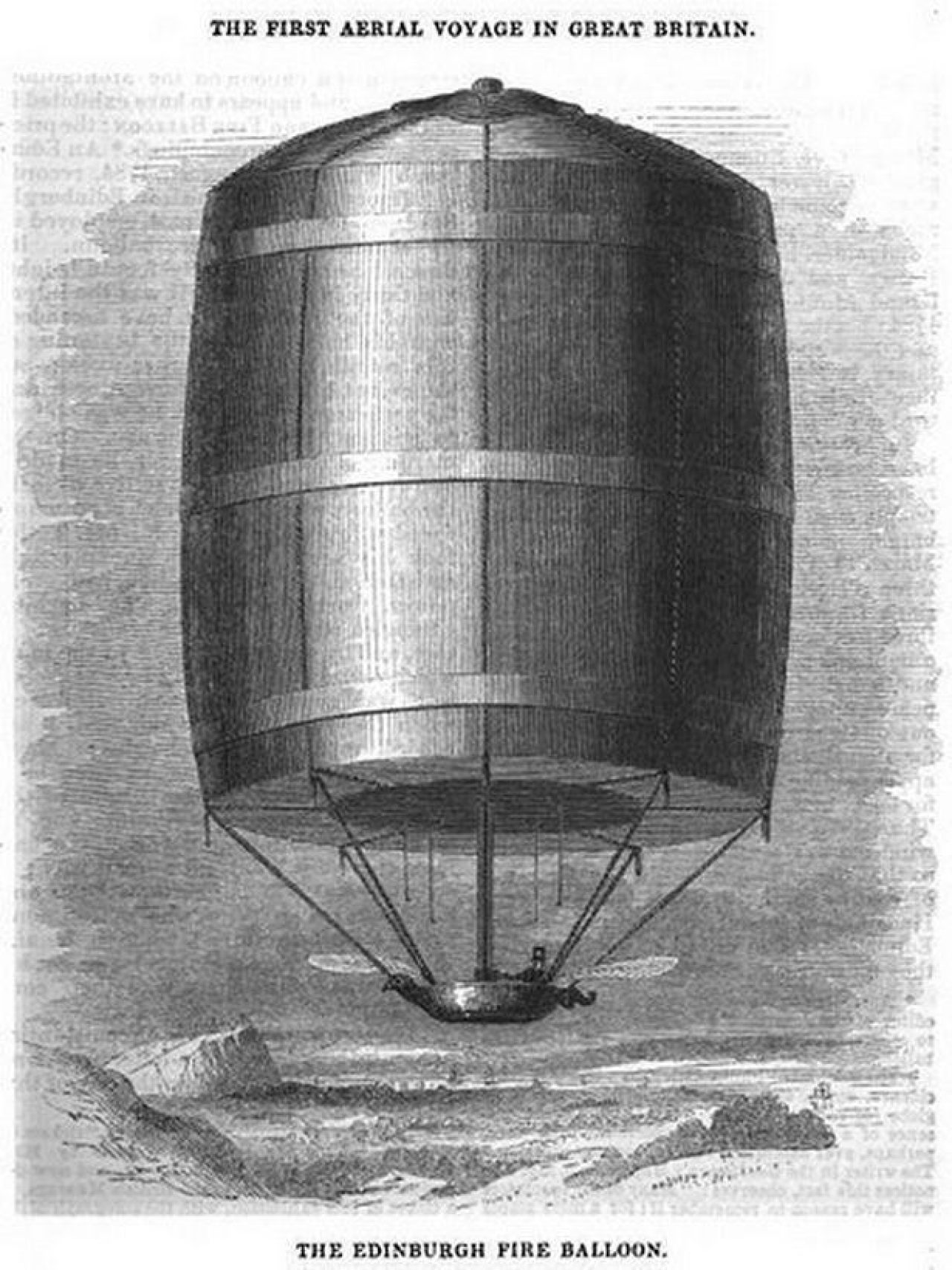 Not long after, he was overshadowed when Vincenzo Lunardi, an Italian ‘dare devil’ took to a hot air balloon to fly in England (not forgetting his fellow passengers, a dog, cat and caged pigeon!).

Lunardi flew five times in total and became one of the first celebrities of hot air ballooning.

Towards the end of the 18th Century, ballooning was becoming popular worldwide and 1793 saw the first balloon flight take place in America by Jean-Pierre Blanchard, who flew from Philadelphia.

Now let’s bring you more to the modern day with the 20th Century, which marks the start of modern day ballooning.

Edward Yost invented an on-board heat source that meant that balloons were no longer powered by gas and they were now powered by hot air. The first flight using this style of hot air balloon took place on October 22nd 1960 in Nebraska, USA.

The first of these air balloons with an on-board heat source to be made in the UK was named the Bristol Belle and this was first launched up in the air on the 9th July 1967 from the RAF base at Weston-on-the-Green.

A fun fact for you is that Giles Bulmer of the Bulmer Cider Making Family was involved in the balloon’s creation!

Twenty years later in 1987, a certain Richard Branson took to the air alongside Per Lindstrandt to be part of the first Transatlantic flight in a hot air balloon across the atlantic (2,900 miles!) in 33 hours which means highs of 130mph!

The travelling twosome took to the air again in 1991 for what would be the first transpacific flight and broke records of travelling 6,700 miles reaching speeds of up to 245 miles per hour!

Bertrand Piccard and Brian Jones took things further on the 1st March 1999 by flying around the world in the Breitling Orbiter 3, covering 46,759km in 19 days, 21 hours and 55 minutes!

Another fun fact: the posh word to describe a round the world trip is circumnavigation. Try dropping that one into a conversation!

Fast forward to the 2010 Bristol International Balloon Fiesta and we see the launch of the first glass-bottomed hot air balloon.

Here it is in action – would you take to the skies with these views below your feet?! 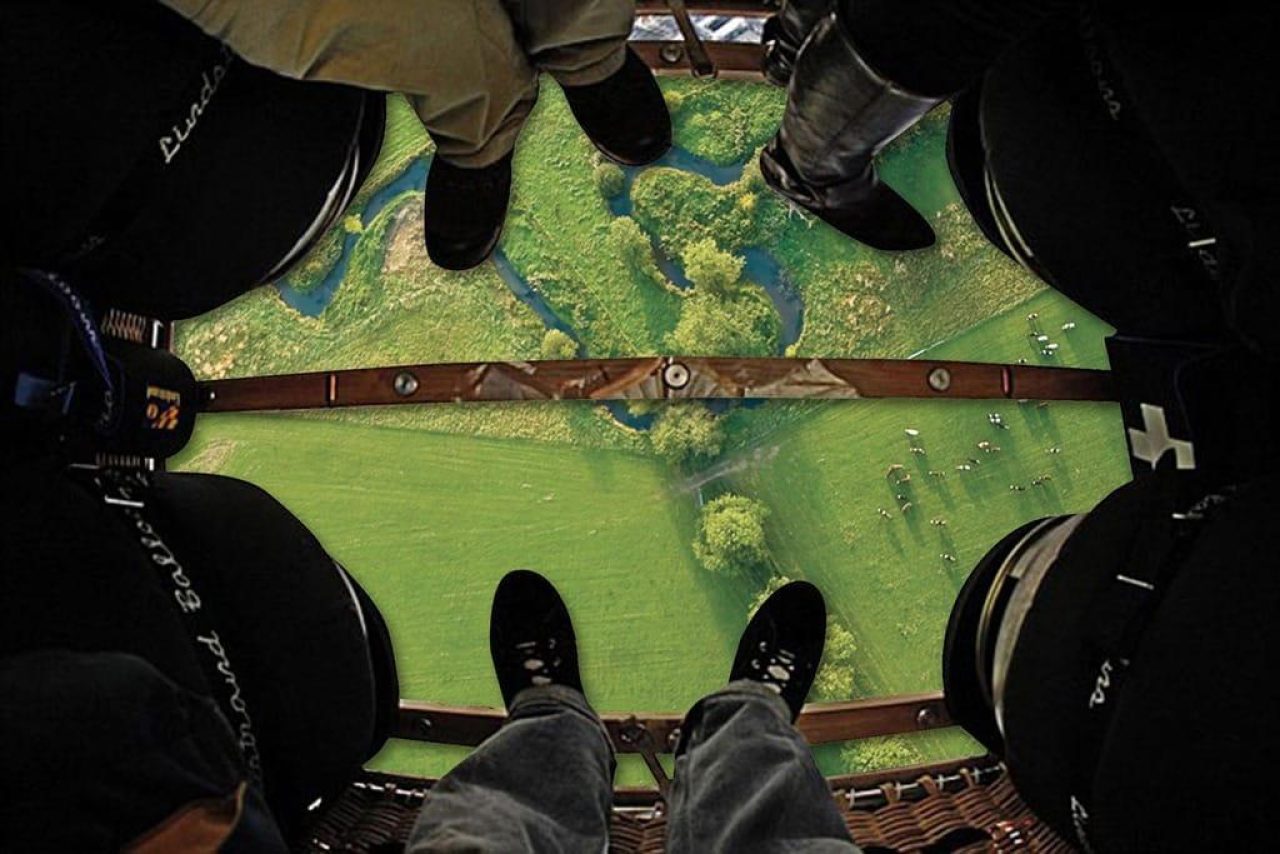 These days, hot air balloons come in all shapes and sizes, from animals to some of our favourite film characters!

Feel clued up about everything hot air balloons now?

Next step, take to the skies with Virgin Balloon Flights!