The History Of Hot Air Balloons

The Oldest Form Of Aviation

The history of hot air balloons begins over 200 years ago when a French scientist famously sent up a balloon carrying a rather confused duck, sheep and cockerel.

Balloons have come a long way since then.

(You’ll be pleased to hear we don’t burn old boots or meat as fuel anymore, or expect you to share a basket with animals!)

And today ballooning is popular all over the world.

Pilots like Sir Richard Branson have achieved incredible feats in a quest to fly further, higher and for longer.

French scientist Jean-François Pilâtre de Rozier famously launched the first hot air balloon carrying a duck, a sheep and a cockerel.
The balloon is given lift by hot air but also has a compartment of ‘lighter- than-air’ gas – like helium or hydrogen – in the top of the balloon.
The flight lasts for 15 minutes. 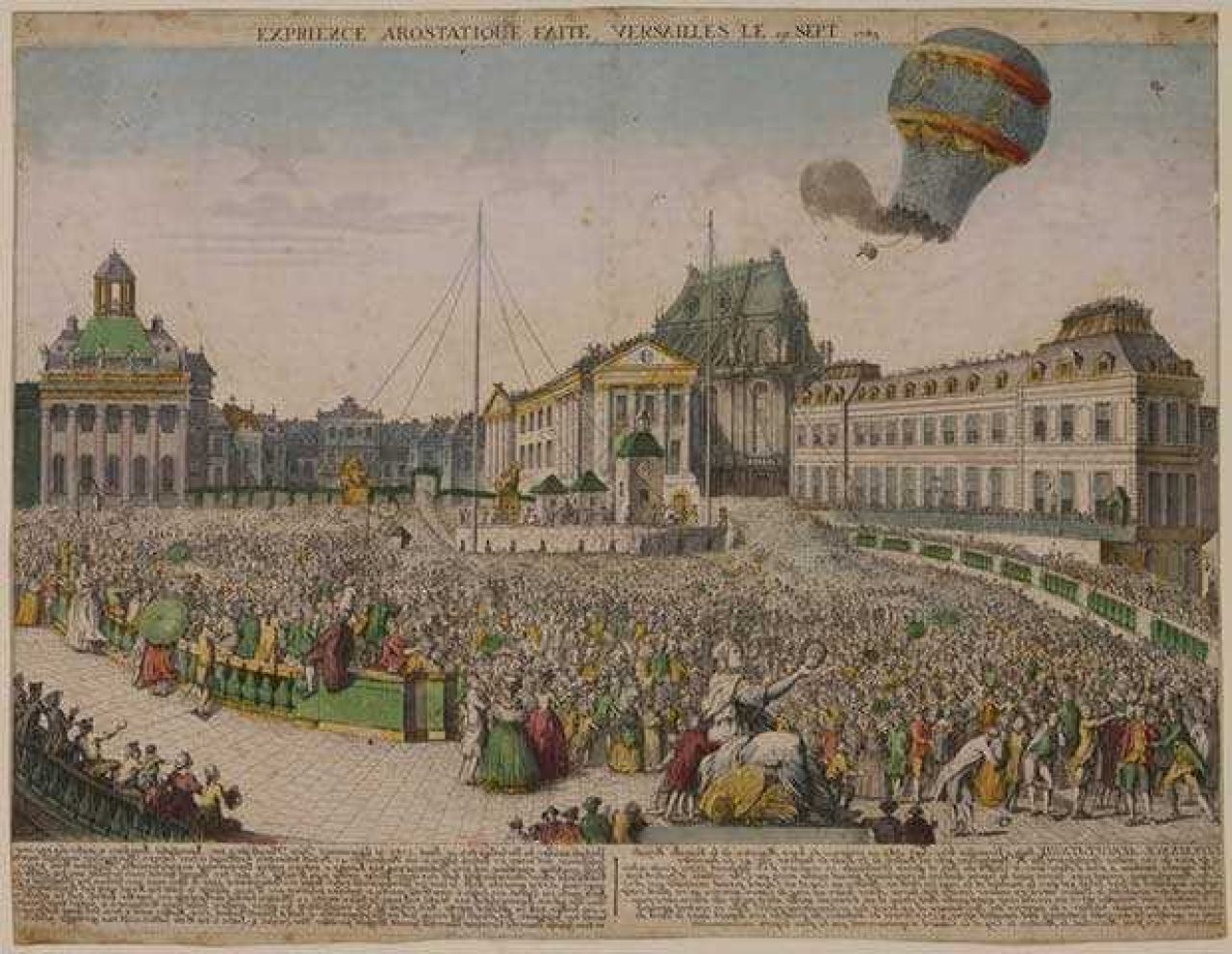 Scottish aviator James Tytler becomes the first Briton to fly a hot air balloon making a flight over Edinburgh.
However, he is overshadowed soon after by Italian diplomat and ‘dare devil’ Vincenzo Lunardi, who completes the first balloon flight in England.
Launching his hydrogen gas balloon in front of 200,000 spectators at London’s Artillery Ground, he flies with a dog, a cat and a caged pigeon for 24 miles into Hertfordshire.
He becomes famous and helps build the romance of ballooning still present today.

French aeronaut Jean-Pierre Blanchard and American John Jeffries successfully fly across the Channel.
They carry and deliver a letter – now that’s what you call ‘Air Mail’!

The Great Balloon of Nassau (85,000 cubic ft in size) is flown by UK balloon enthusiast Charles Green 800 km (500 mi) from London to Weilburg in Germany in 18 hours.
More than 160 years later, Virgin Balloon Flights flew his great, great nephew in our big red balloon over the Cotswolds. 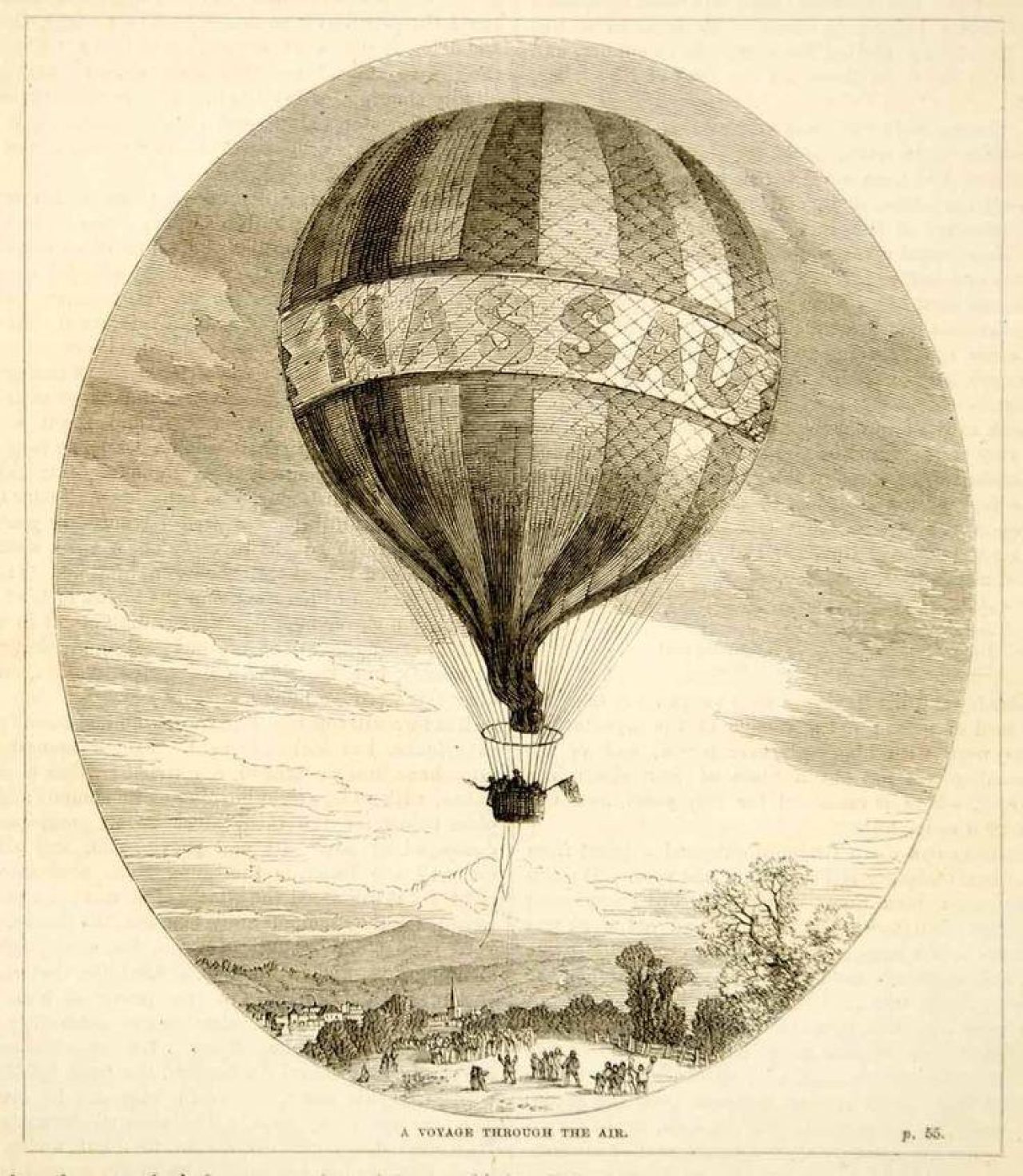 Another first in the history of hot air balloons when they are used for military observation during Franco-Prussian War and a French Minister makes a dramatic James Bond-style escape from a besieged Paris by balloon. 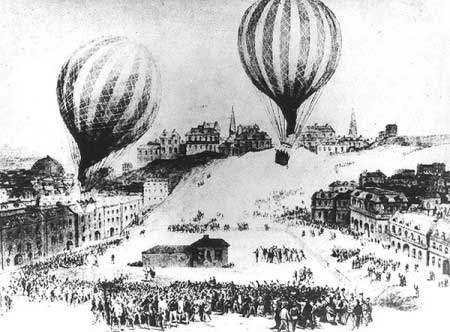 Interest in ballooning as a sport grows thanks to the annual Gordon Bennett Balloon Trophy Races.
Founded by American journalist James Gordon Bennett when a group of hydrogen gas balloons fly from Paris, it first took place in 1906, pausing only for World War I I and continues today.

The Berliner hot air balloon flies 3,052 km (1,897) flies from Bitterfield in Germany to Perm in Russia.

Both sides use balloons for military observation during the war from 1914 to 1918. 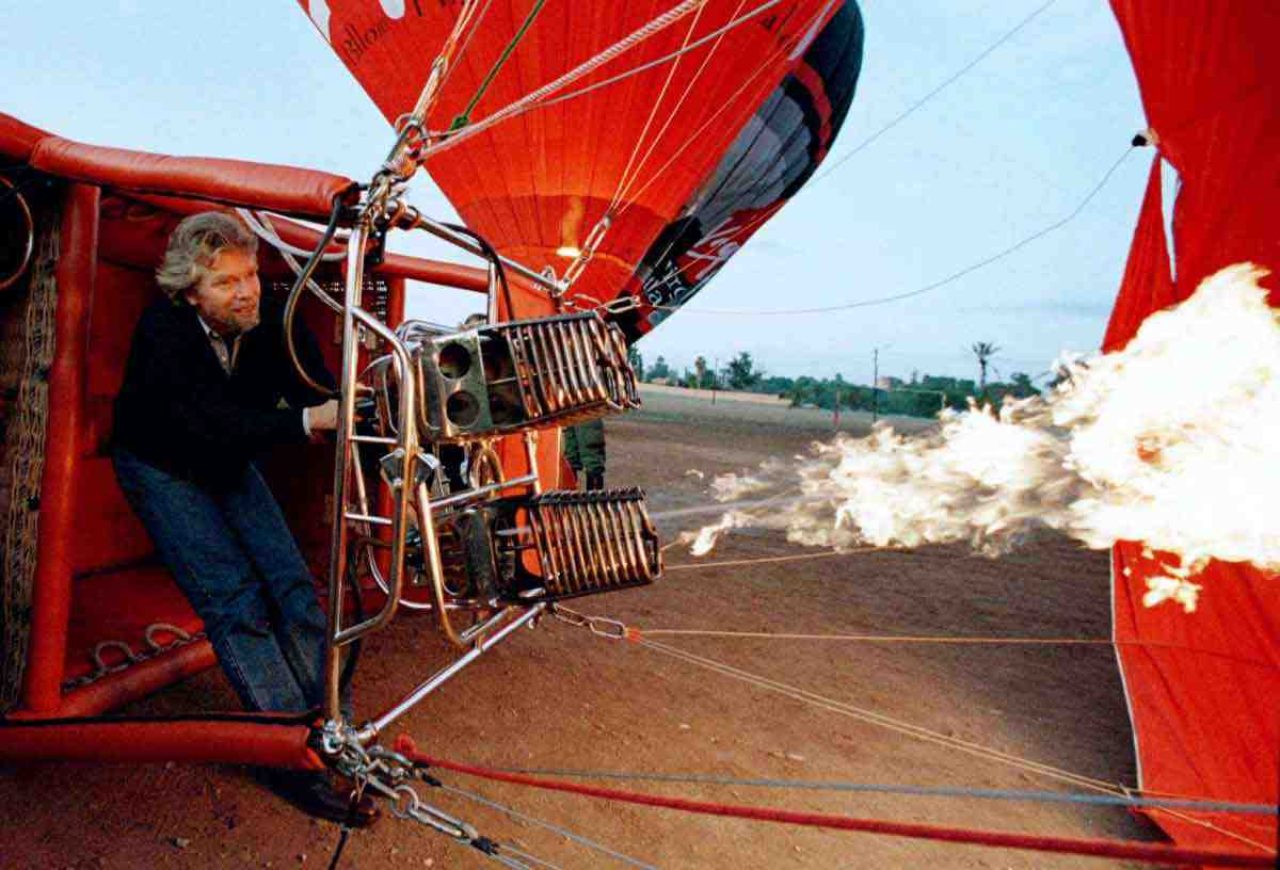 1970 - NEXT GENERATION FOR BALLOONING

The 1970s and 80s see the development of new synthetic materials and lighter burners, allowing ballooning to become a popular modern sport and marking another new age in the history of hot air balloons. 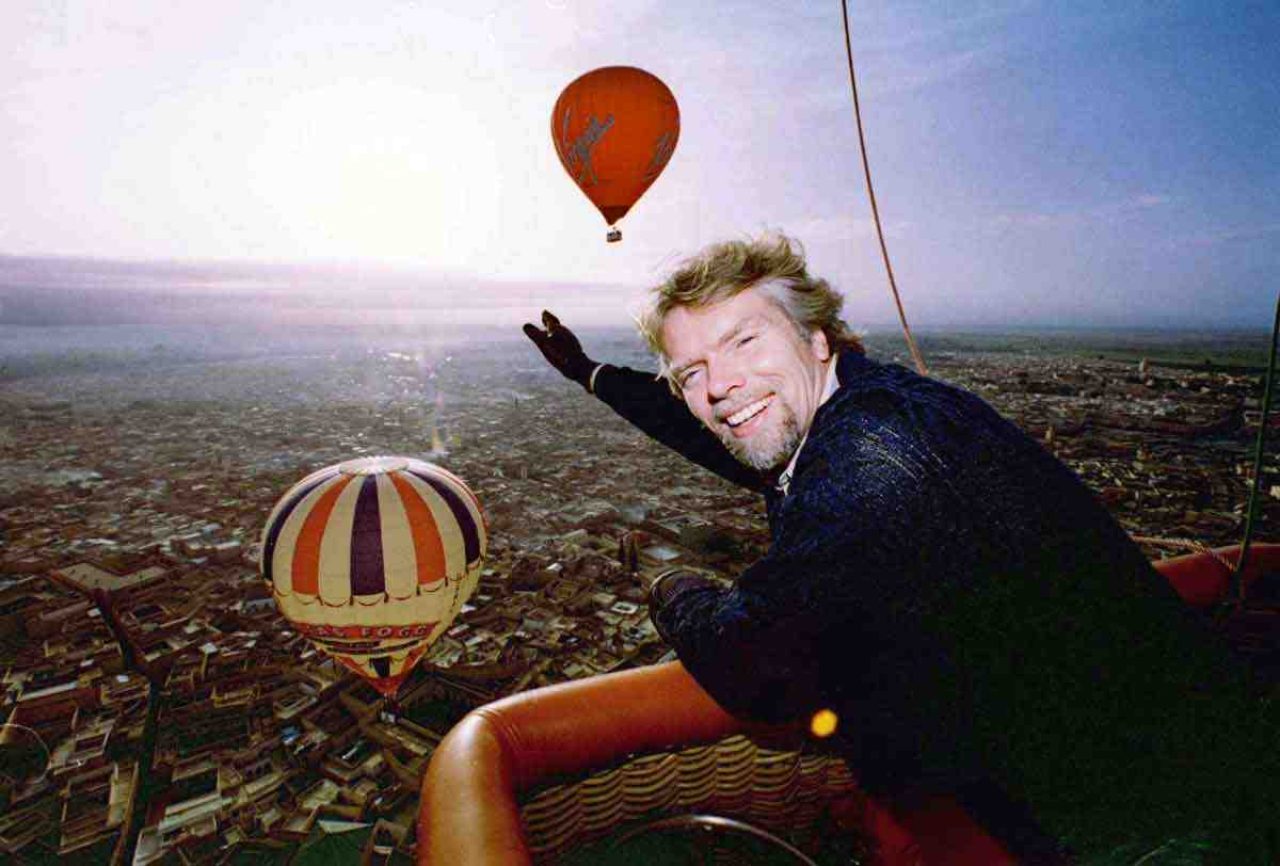 The first ballooning world championships are held in the United States.

Sir Richard Branson and Per Linstrand successfully fly the Virgin Atlantic Flyer – the largest balloon ever at 2.3 million cubic feet – across the Atlantic.
The balloon travels 2,900 miles in a record breaking time of 33 hours and reaches speeds in excess of 130 miles per hour (209 k/ph). 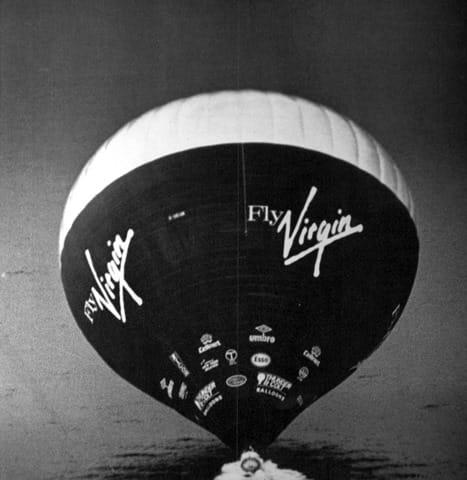 Sir Richard Branson and Per Lindstrand cross the Pacific Ocean from Japan to Arctic Canada at the furthest distance of 6,700 miles.
Again, this breaks all existing records.
The balloon measures 2.6 million cubic feet and hits speeds of up to 245 miles per hour 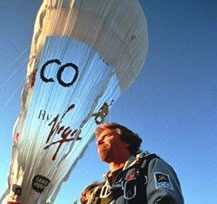 1999 - FIRST ROUND THE WORLD BALLOON FLIGHT

Bertrand Piccard and Brian Jones fly a helium/hot air balloon, the Breitling Orbiter 3, around the globe setting the longest ever flight covering 46,759 km (29,055 mi) in 19 days, 21 hours, and 55 minutes.

2002 - FIRST SOLO ROUND THE WORLD FLIGHT

American millionaire Steve Fossett flies around the world in a helium/hot air balloon, Spirit of Freedom, on his sixth attempt.
He flies for 13 days, 34,000 km (22,100 mi).
It is the longest ever solo balloon flight.

Virgin Balloon Flights pilot Lindsay Muir – the UKs top female flyer – attempts to take her balloon to 34,000 ft, in Cuneo, Italy, to beat the record of 33,669 ft.
High winds and turbulence cause the attempt to fail but it receives major national coverage for Virgin and ballooning in general. 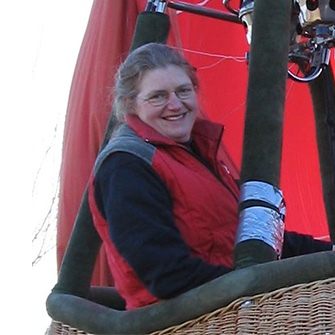 Vijaypat Singhania, an Indian businessman and Aviator, set the record by flying up to 21,290 m (69,852 ft) in a massive 160ft tall balloon with a pressurized cabin

Virgin Balloon Flights team up with rock band the Girls (including special guests such as Andrew ‘Mushroom’ Vowles form Massive Attack) and Future Music magazine to set the new Guinness World Records in a Virgin balloon piloted by Mark Simmons.
The song ‘What I did Today’ was performed and recorded 1,848 m (6,063 ft) above Wiltshire.

Virgin Balloon Flights team up with Virgin Radio and Sony BMG to host a gig by singer-songwriter Newton Faulkner in a balloon above the Swiss Alps.
The event is believed to be first ever show by a hit artist to be recorded in a hot air balloon for national radio and it receives widespread coverage 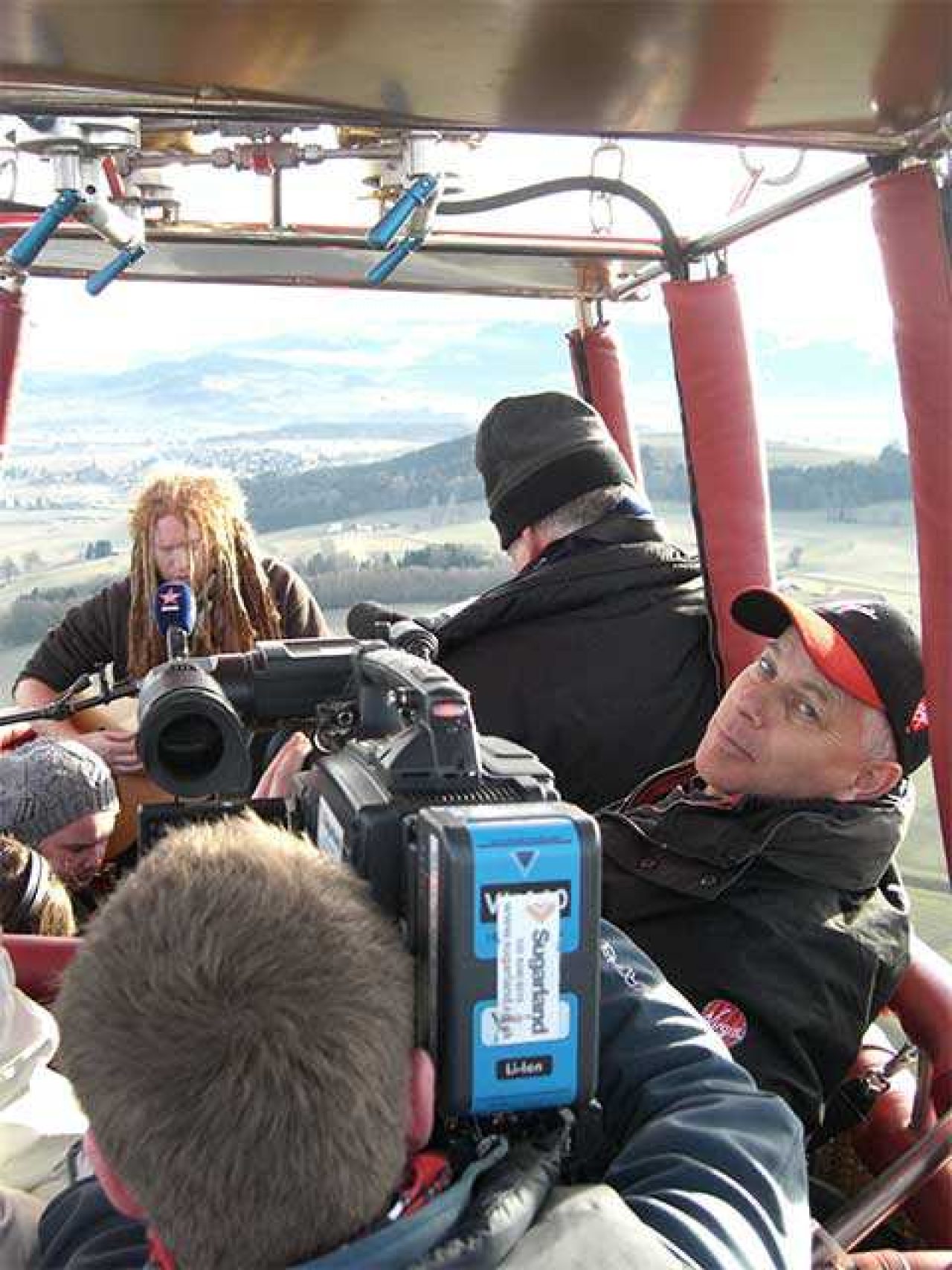 Virgin Balloon Flights pilot Mark Shemilt breaks a world record for endurance flying by keeping a special lightweight hopper balloon (AX-02 category) above the French Alps for seven hours and 32 minutes, beating previous best by more than half an hour. 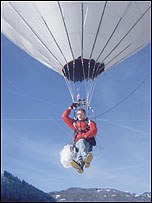 Russain adventurer (and priest!) Fedor Konyukhov broke the record for solo balloon flight around the world, completing his 33,000km journey in just under 11 days.