May I Have Your Hand… On A Balloon Flight? | Virgin Balloon Flights
20% Off When You Share The Dadventures This Father's Day
Buy Now 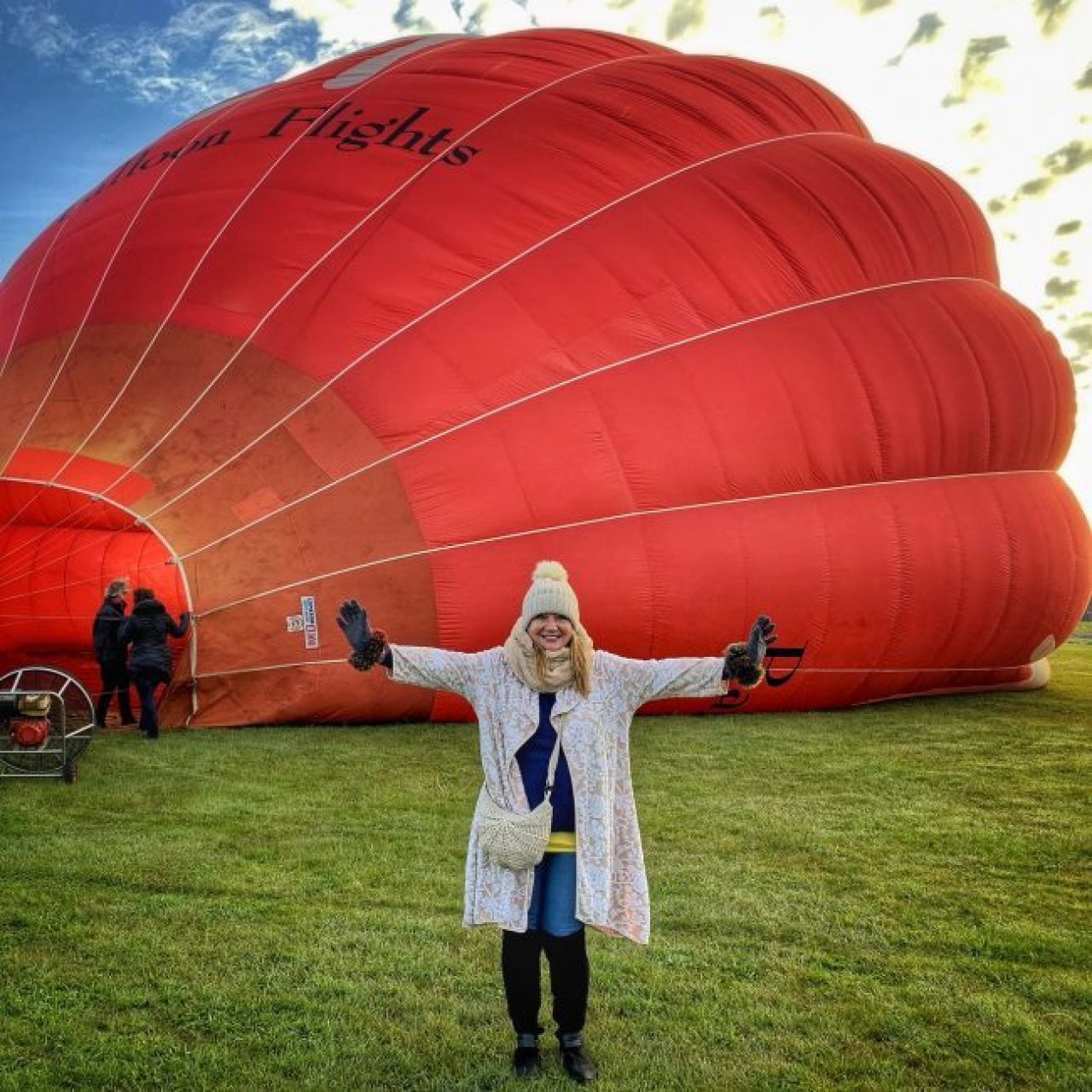 May I Have Your Hand… On A Balloon Flight?

Three engagements, 26 flights, and a big 60th birthday celebration – that is how May looked like under our hot red balloons. Passengers tagged us on social media. They sent their stories by email. We are now just further spreading the joy of their memorable experiences. If you were proposing, how would you make it special? Three young men proposed on a May flight with us, and wanted to share their stories. Both Damon and Dan organized the event as birthday treats for their girlfriends. In both cases, the proposal turned into an emotional surprise for the unsuspecting soon-to-be fiancé.

Engagement at high altitude, wedding by the ocean Dan knew his girlfriend dreamt of being in a hot air balloon ever since they met, 5 years ago. Then he bought a Virgin Balloon Flights voucher as a birthday present for her. At their very first booking with us, the couple flew on May 29th, at sunrise, from Dogmersfield near Winchester.

Little did Dan’s girlfriend know that her adventure flight coming true will also put a sparkling ring on her finger. Dan recalls:

“I asked a lady from another couple in the same section of the basket as us to take a picture of us. As she took my phone I said I had one more surprise for her birthday and got the box out of my pocket. Luckily the lady captured the moment.”

Dan and Leah now envision a marvellous wedding soon in the future – somewhere abroad, overlooking a lake or the ocean.

Damon proposed right after the flight

On his special day, Damon waited until after the flight over Cumbria to garner courage for his big moment. He remembers how nervous he felt: “When we landed, it took me around 20 minutes to actually get enough courage for myself to get down on one knee and ask her the question. I could see in her face that she was shocked which resulted in her taking a few minutes to give me an answer.”

As it was all happening, somebody from their group of passengers noticed and asked if they had just got engaged. Then they summoned our pilot, Chris, who asked if he could take a photo of them. Everybody congratulated Damon and his fiancé Michaela. Keeping it traditional, Damon had already taken the first step towards his big proposal. He says:

“We went to Romania in April and that’s where I asked her dad if I could marry his daughter. So everything I had planned for that day.”

A celebration of friendship and life at 60

Linda planned for her balloon flight to celebrate life and friendship as she turns 60 this year. Flying from Henstridge Airfield in Dorset on May 10th, Linda share her fabulous hot air balloon adventure with her best friends. She then published on social media photos of their party of three enjoying their experience, and tagged us. “It’s a big birthday year of celebrations with my small and beautiful posse of incredible girlfriends. This flight was first on the list and two of my 6 friends were brave enough to join me. From start to finish the universe presented us with perfection. Morning mists, amazing sunrise, clear skies, brilliant company and crew. Just a perfect day!” But this flight also marked, in an organic, unplanned way, 20 years since Linda was diagnosed with cancer. While she doesn’t look at it as a celebration of surviving cancer, Linda talks about what turning 60 means to her:

“You reach 60 and there are so many things you have survived, experienced, you get to totally appreciate just how amazing the gift of life is. It just happens that 20 years ago I was diagnosed with cancer. It was a life changer, yes. Life begins at 40 they used to say. In retrospect a new life did begin. You can have many lifetimes in each lifetime.”

We also discovered Linda’s inspiring story of beating cancer. Diagnosed when she was at her “fittest, strongest and most vibrant”, as she recalls, she chose to fight it in a holistic, natural way. After 3 years on the path, she had her tumour removed by surgery. By that point though Linda says there were no cancer cells present otherwise. Our passenger, Karen, who flew with us 22 times in 21 years, used balloon flights as a target to keep her going through her fight with cancer. Now, Karen and her husband Phil enjoy life and hot air balloons to their fullest.

Celebrating 7 years together with a balloon flight

Both Aimee and Holly have always dreamt about flying in a balloon. This year, the dream turned into reality when Aimee received a choice of award vouchers from work. She says:

“Rather than spend them on anything sensible I decided to treat us to a hot air balloon flight as an anniversary present to celebrate 7 years together.”

With their anniversary in July this year, she allowed time for re-booking if necessary. Their first two flights were cancelled due to weather difficulties, but they flew on the third booking. Aimee says they had “a fantastic day”. It felt even more of a special occasion for them as they took their balloon flight less than a year before their wedding. Talking about her 2020 wedding, Aimee shared with us their plans for the day:

“We are getting married next May at Crook Hall and Gardens in Durham. We still have a lot of planning to do but hope to have some vintage style hot air balloon decorations at our wedding. After our flights over the lakes we have decided to name all our tables after fells - Helvellyn, Blencathra, Haystacks”

In their feedback to us, passengers often reveal that flying in a hot air balloon was their lifelong dream. Take a look at Jackie’s account of the mid-May flight over the Lake District we published yesterday. If you are tempted by the lakes yourself, take a look at our locations over the North West.