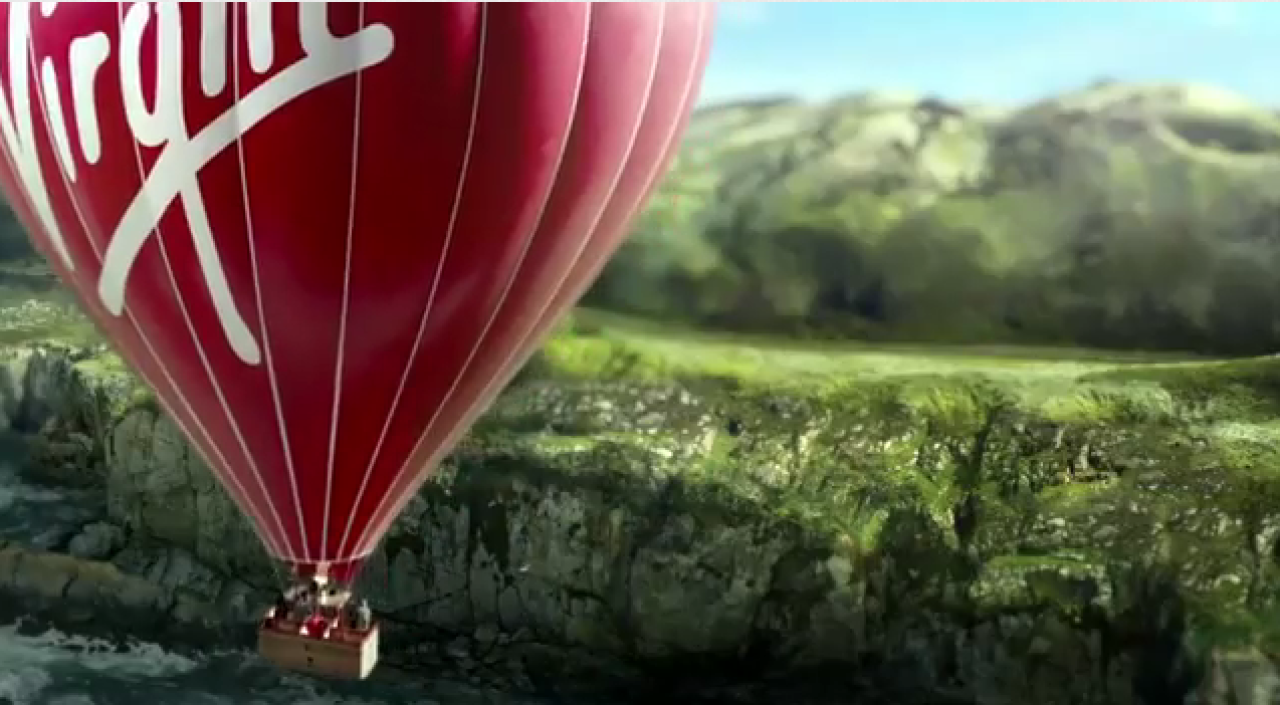 Have you seen hot air balloons on TV and want to experience for yourself just why it's such an enduringly popular airborne adventure?

In our humble opinion, a hot air balloon is pretty much one of THE coolest flying machines.

Except perhaps the Delorian in Back To The Future.

And the phone booth from Bill and Ted.

Because even one of our awesome hot air balloon rides probably couldn't compete with flying AND time travelling at the same time.

But we recently got to thinking just how often you see hot air balloons popping up on either the big or small screen.

There have certainly been some truly memorable adverts on TV over the years featuring this iconic, lighter than air craft.

Top of our list of hot air balloon TV adverts right now is this calamitous tale about not settling for ‘almost’ over perfection, which really makes us smile.

The team behind the advert had actually approached us here at Virgin Balloon Flights about using a real balloon. But this being the world of TV, a crane with a basket attached proved much easier to ‘direct’, rather than relying on the wind taking a real balloon the way it needed to go for filming.

We absolutely love this one – all those balloons bursting out of the water look so cool.

With crazy mix of characters, from brass bands to lions and carnival goers to a tennis umpire having an epic party in the sky, it’s a surreal and colourful ode to its bubbly water.

We’re going really retro with some of our hot air balloon tv adverts (and might be showing our age!) but who else remembers the series of Nimble bread adverts in the 1960s and 1970s?

The balloon in the ads was built by Don Cameron, who went on to found the world’s largest hot air balloon manufacturer, Cameron Balloons in 1971.

Various incarnations of the advert ran for 10 years until 1977.

A special shout out goes to our friends at Virgin Money, who featured our iconic Virgin balloon in their 2011 TV advert.

Ok, so we’re a bit biased on this one but any ad featuring our beautiful big red balloon was always going to be high on our list of favourites.

A beautiful red and white hot air balloon stars soaring over in the first ever TV advert from fashion powerhouse Louis Vuitton.

And to be honest, most of us in the office would choose a Louis Vuitton bag and a Paris hot air balloon ride over a tall, dark stranger any day!

You’ll have to wait a bit for this one, as the hot air balloon doesn’t appear until the end of the advert.

But what an appearance it was – soaring out of Niagra falls to fly our singing adventurer to safety.

We’re a loss as to how the Specsavers balloon pilot ended up with her balloon inside a mountain but it’s still an awesome advert.

The location shots were filmed at The Mountain of God in Tanzania at an altitude of 9442 feet!

Yoplait loves hot air balloons so much it has used them in at least two of its TV adverts over the years.

The first was back in 1991, when an official looking chap flew a strawberry-shaped balloon with a yogurt pot for a basket, dropping Yoplait as he went.

The second, more recent ad featured a sky filled with fruit-shaped hot air balloons, drifting over yogurt lid-licking families on the ground. Can you spot its homage to the earlier advert's pilot?

These days, Pepsi has a few of its own ‘special shape’ balloons to promote the brand but back in the 1970s, this epic advert had everything from horse-riding to hot air balloons.

It seems back in 1974, balloon flights were toasted with a bottle of ice-cold Pepsi rather than our more traditional Champagne. At least in Pepsi’s world!

We’re loving the 1970s fashions in this one.

And we love this line: “Anytime, anyplace, anywhere there’s a wonderful world you can share.”

Although we’d rather experience the world in a hot air balloon than with a glass of Martini Rosso.

Which hot air balloon TV adverts would make your favourites list? Let us know in the comments below.

Or to enjoy your own hot air balloon ride adventure (Niagra Falls, Louis Vuitton handbags and police car roofs not included), take a look our range of flight vouchers here.