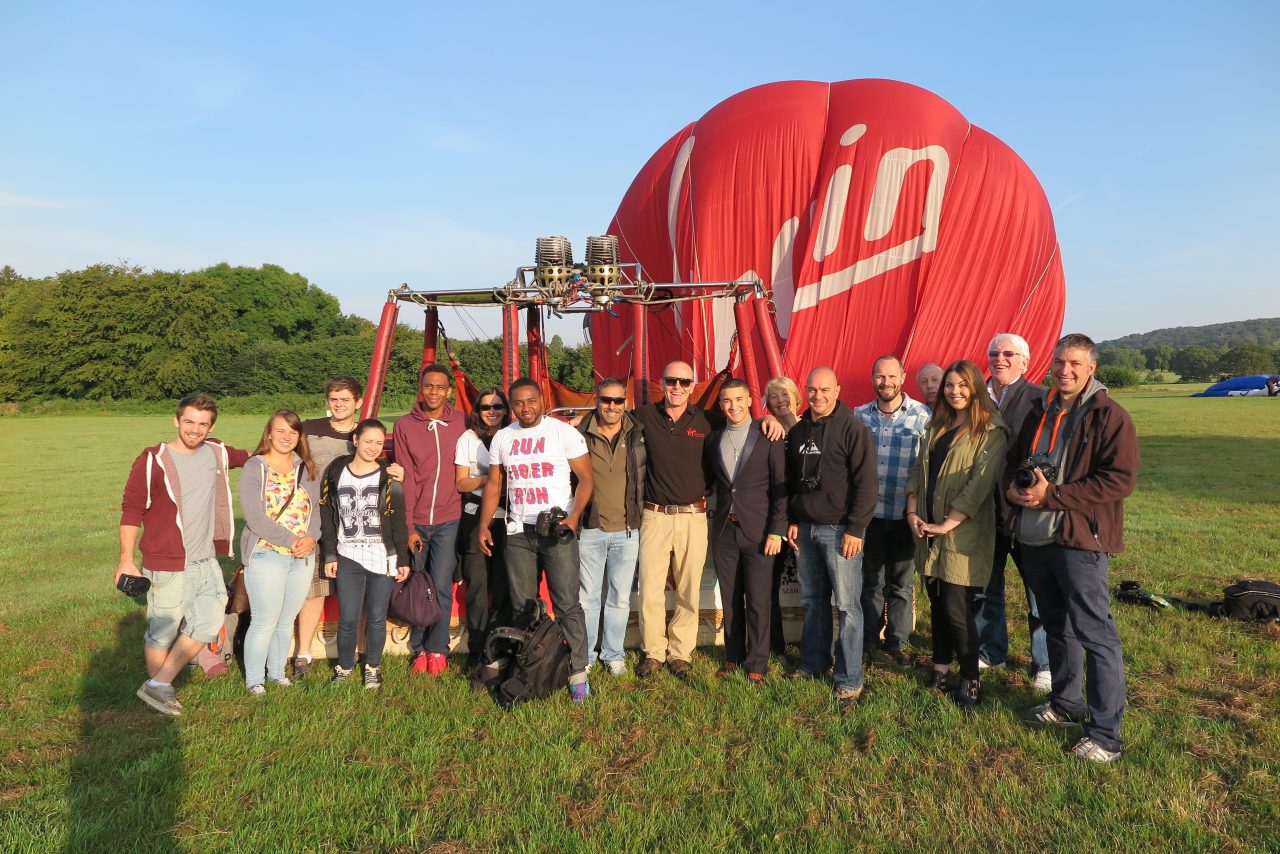 This month, we took off from our Telford HQ and landed in Bristol for the 36th Bristol International Balloon Fiesta. Half a million people came to the annual fiesta, which kicked off on Thursday 7th August, to admire the beautiful scenes of the nightglow and over 320 balloons launching in the mass ascents. This fiesta, which is the largest Ballooning event in Europe, was very exciting for Virgin Balloon Flights, as we were even lucky enough to be joined by Jahmene Douglas! Jahmene, who was runner up on the X Factor 2012, graced us with a mesmerising performance of At Last whilst stood in a Virgin Balloon basket (he admitted it was definitely a first for him!) and he also took to the sky in a Virgin Air Balloon as part of Friday’s morning mass ascent. So, what else did we get up to?! Luckily, the Great British summer weather held out for Friday and Saturday and we were able to enjoy the beautiful nightglow, some soaring WW1 aircraft, and some very lucky passengers were even able to board a Virgin Balloon Flight alongside the army of balloons which took part in the mass ascents so we waved them off on their adventures! Over 120 balloons were taking off in each ascent, which happened both in the mornings and in the evenings, for passengers to admire the views of Bristol city waking up or winding down and the scenes of the balloons floating away from the fiesta were simply beautiful for us on the ground! The Fiesta is an amazing opportunity for people to appreciate and celebrate the beauty of Hot Air Ballooning, whether it is pilots, balloon enthusiasts or even members of the public! Popular amongst the crowds were the balloons which came in the funkiest shapes and sizes. Who knew there was a Hot Air Balloon Smurf in the family?! Here are some of our favourites: Who knew there was a Hot Air Balloon Smurf?! A lightbulb moment up in the air... Anyone recognise this balloon?

We were also able to visit Cameron Balloons’ stand, the company who make our balloons, along with some of the world’s most exciting balloons, and we grabbed 5 minutes with Hannah Cameron, one of the Director’s of the company to find out more about one of the biggest balloon manufacturers in the world. Keep your eyes peeled on the blog for an insightful interview with her!

All the above made the Fiesta a fabulous weekend and we already can’t wait for next year’s! Below are some more wonderful pictures from the weekend, including some of the VBF team with Jahmene and Jahmene rocking the balloon basket!