STEVE HAS BEEN FLYING IN ONE CAPACITY OR ANOTHER FOR ALMOST 30 YEARS AND HAS BEEN ‘HOOKED ON HOT AIR BALLOONING’ SINCE THE MOMENT HIS WIFE BOUGHT HIM A PASSENGER FLIGHT FOR HIS 30TH BIRTHDAY. 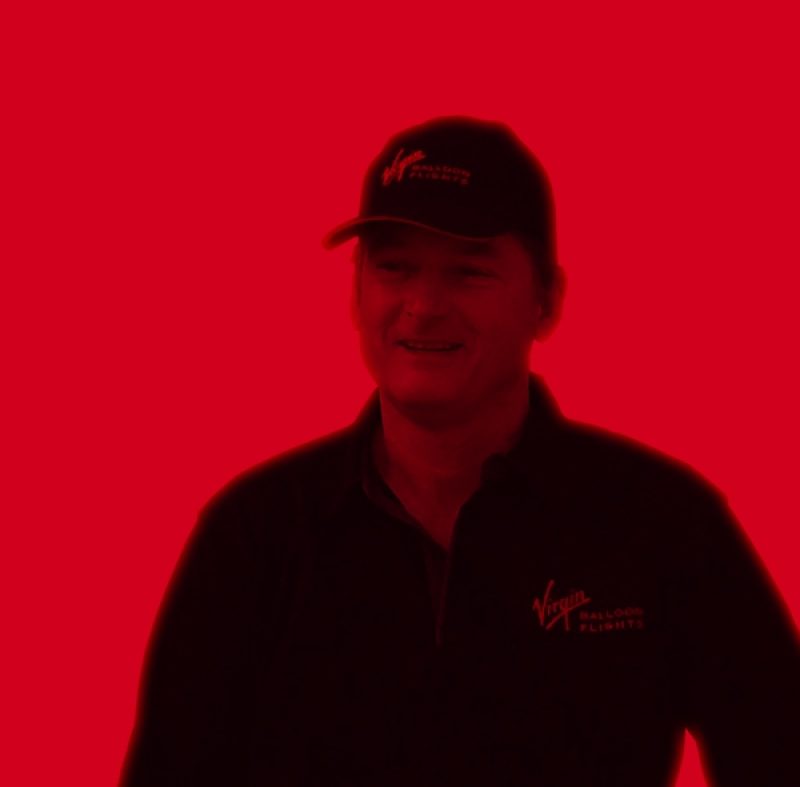 “I FEEL VERY PRIVILEGED TO FLY FOR VIRGIN BALLOON FLIGHTS, ESPECIALLY HERE IN THE SOUTH WEST, WHERE YOU CAN OFTEN SEE BOTH NORTH AND SOUTH COASTS ON THE SAME FLIGHT.”

Steve has been flying in one capacity or another for almost 30 years and has been ‘hooked on hot air ballooning’ since the moment his wife bought him a passenger flight for his 30th birthday.

Within a few years of that momentous flight, he had gained both his private and then commercial balloon pilot licences and began flying passengers of his own across the South West.

He joined us as a Virgin Balloon Flights pilot at the start of the 2018 season, flying across Devon, Dorset, Cornwall and parts of Somerset.

His flying career started in the late 1980s, when he owned and flew a microlight from the family farm.

“But the minute I took to the skies on that 30th birthday balloon flight, I was hooked and knew I wanted to become a hot air balloon pilot,” said Steve.

“It took a few years for me to realise that dream, as my wife and I were building up our organic dairy farm business at the same time, so I initially worked as retrieval crew for a local company.

“Since getting my pilot’s licence, I have been lucky to fly in so many amazing places, including Portugal, the Czech Republic and Austria.

“Flying in Austria was amazing, as we looked down on the snow-covered Hoher Dachstein mountain from 14,000 feet up, and it was so clear we could see for more than 100 kilometres. Even at a temperature of -15°C, it was awesome.”

When not flying balloons, Steve still runs the family dairy farm, enjoys skiing with his wife Nici and their friends and continues to add new aircraft to his skills – the latest being a paramotor he recently learnt to fly.

“Every balloon flight is different and I love meeting and flying new guests and watching their enjoyment.

“It’s a fantastic job, flying over our beautiful countryside and sharing the experience with others."

Join Steve for a flight in South West England, including Glastonbury, Shaftesbury, Dartmoor and Liskeard.