HE MIGHT BE OUR YOUNGEST PILOT BUT CHAMPION FLYER DOMINIC HAS A HOT AIR BALLOONING PEDIGREE GOING BACK HIS WHOLE LIFE. 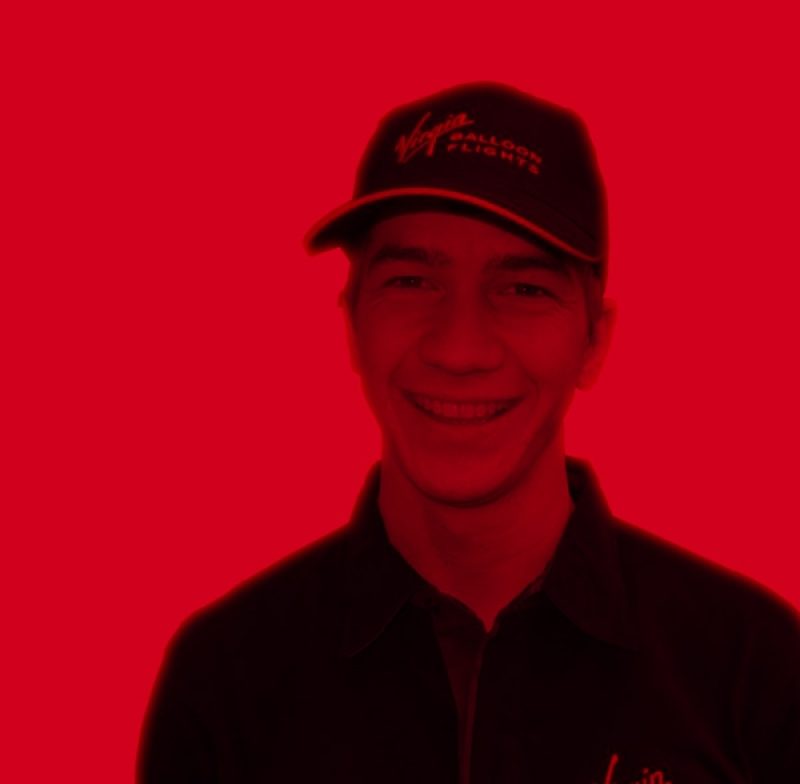 “THERE ARE SO MANY WONDERFUL THINGS ABOUT BEING A BALLOON PILOT. I LOVE THAT I MEET INTERESTING PEOPLE FROM ALL WALKS OF LIFE WHO SHARE THE SAME PASSION."

Dom joined Virgin Balloon Flights at the start of the 2018 season and flies our big red balloon over North Wales, Cheshire and Staffordshire.

Dom is currently the World Hot Air Balloon Champion and also the reigning UK national ballooning champion for 2017, having also claimed the title in both previous competitions for 2015 and 2016.

He also finished in 6th place among 104 of the best pilots from 31 different countries at the 2016 World Hot Air Balloon Championships in Japan.

Hot air ballooning as always been a part of Dom’s life. His father is an award winning hot air balloon pilot of more than 40 years and his sister one of the world’s highest ranking female pilots.

“I’d always enjoyed flying as a kid but getting to be in control and flying myself is always where I’ve felt at home.

“Getting to fly in spectacular locations all over the world and sharing those experiences with friends is just amazing.”

Dom has flown all over the world, including Australia, Dubai, Japan and many countries in Europe.

“It’s tough to choose my most memorable flight but flying over the English Channel in 2017 was spectacular and unforgettable.

“I’ve also enjoyed some amazing flights over Snowdon and Dubai with my father.

“I’m really excited to be flying for Virgin and allowing many other people to experience and enjoy what I love.”

Join Dominic and his crew for a fabulous balloon flight over Shropshire, Cheshire or North Wales.