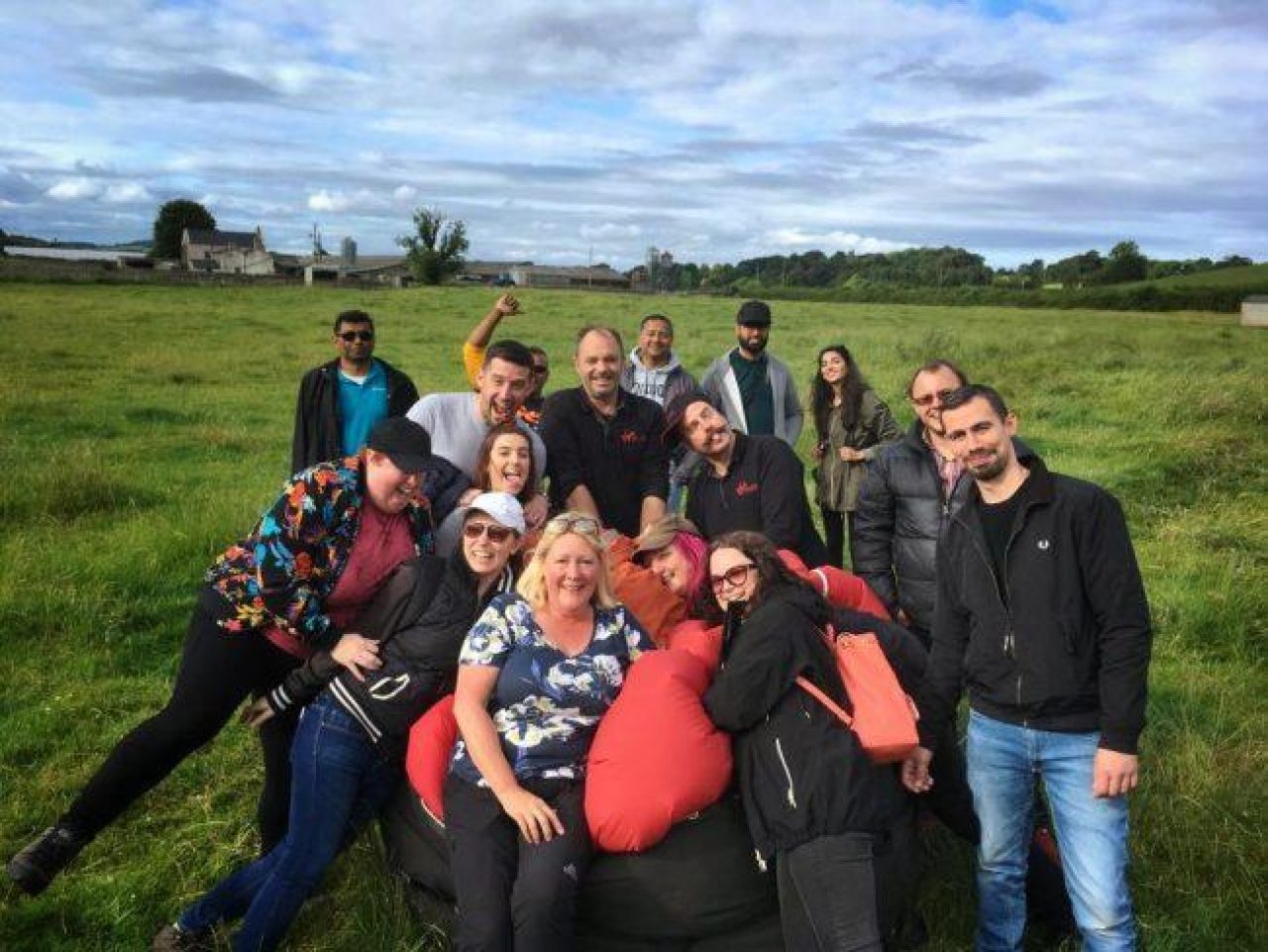 Flight Of Celebrations Over Morecambe Bay

What a flight our pilot Chris Aindow had this Sunday past!

One engagement proposal, two wedding anniversaries, and three best friends from the Caribbean turned this one into a flight of celebrations.

It was Marie and Rachel’s first wedding anniversary, but they have been together for 14 years.

Marie explains they wanted to wait until same sex marriage was fully legal in the UK before they took this step together.

Then they also wanted to save to make their big day truly special. 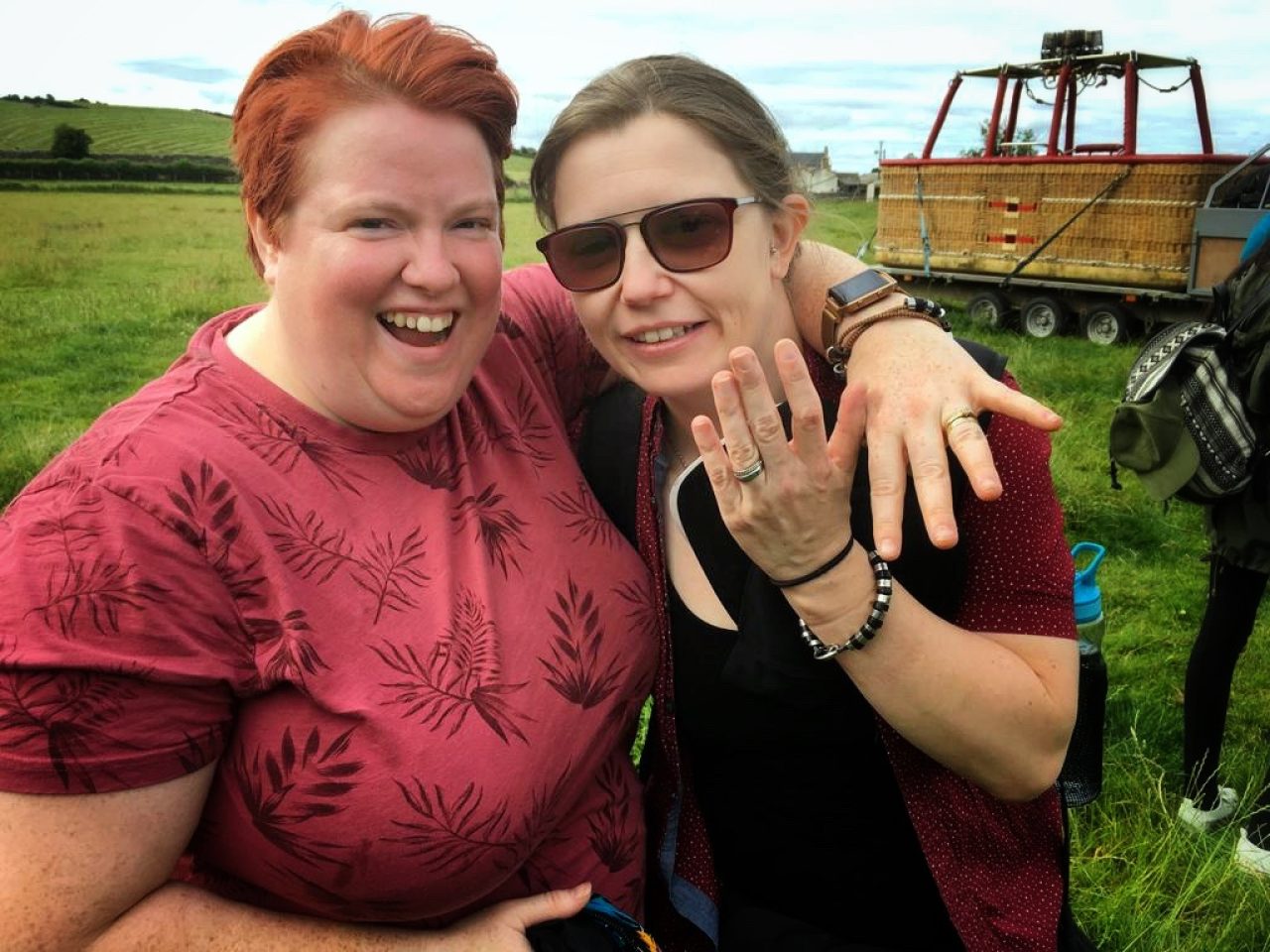 She recalls their wedding day as so much fun that she’d do it again and again, if it was possible.

The whole family engaged in a flash dance routine.

Also, they incorporate the Jewish tradition having the two ladies held up on chairs and thrown on bed sheets held by the wedding party (some of Marie’s cousins are Jewish).

As for their Sunday flight, she booked it as a surprise for Rachel.

“I told her the night before over a few cocktails that we were going on a hot air balloon and she was beside herself with excitement.

"It was also our first weekend in the Lake District but it definitely won’t be our last!”

No wonder the Lakes worked their magic, as the day presented great weather for their adventure. Marie says:

“The ride itself really does feel like floating on a cloud of air, super peaceful and the views are spectacular.

"When the guy next to us got down on one knee and his lady said yes, it got me all emotional, like the cycle of love continuing.”

“That Moment I Will Cherish Forever”

To Natalie, Jonny’s proposal came as a beautiful surprise after already fulfilling one of the bucket list wishes.

She says she always wanted a hot air balloon ride. He originally bought the flight as a birthday surprise for her. 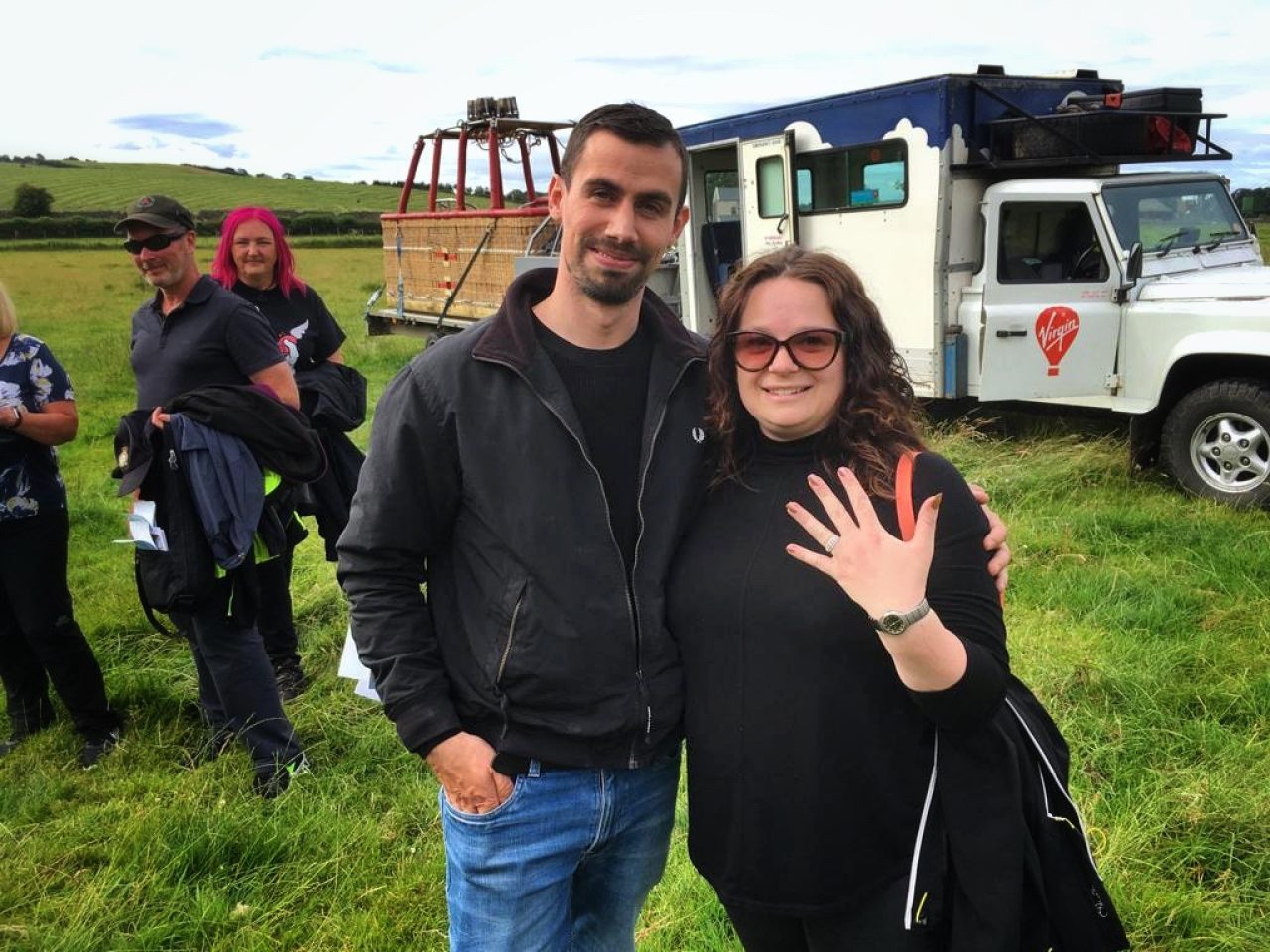 Natalie shares her and Jonny’s precious moment with us:

“He whispered in my ear can I ask you something and when I turned round he was on one knee which is pretty good going for the lack of space in the basket!

"That moment I will cherish forever.”

Together for nearly 3 years, the couple will soon start planning for their wedding.

Two Anniversaries In One 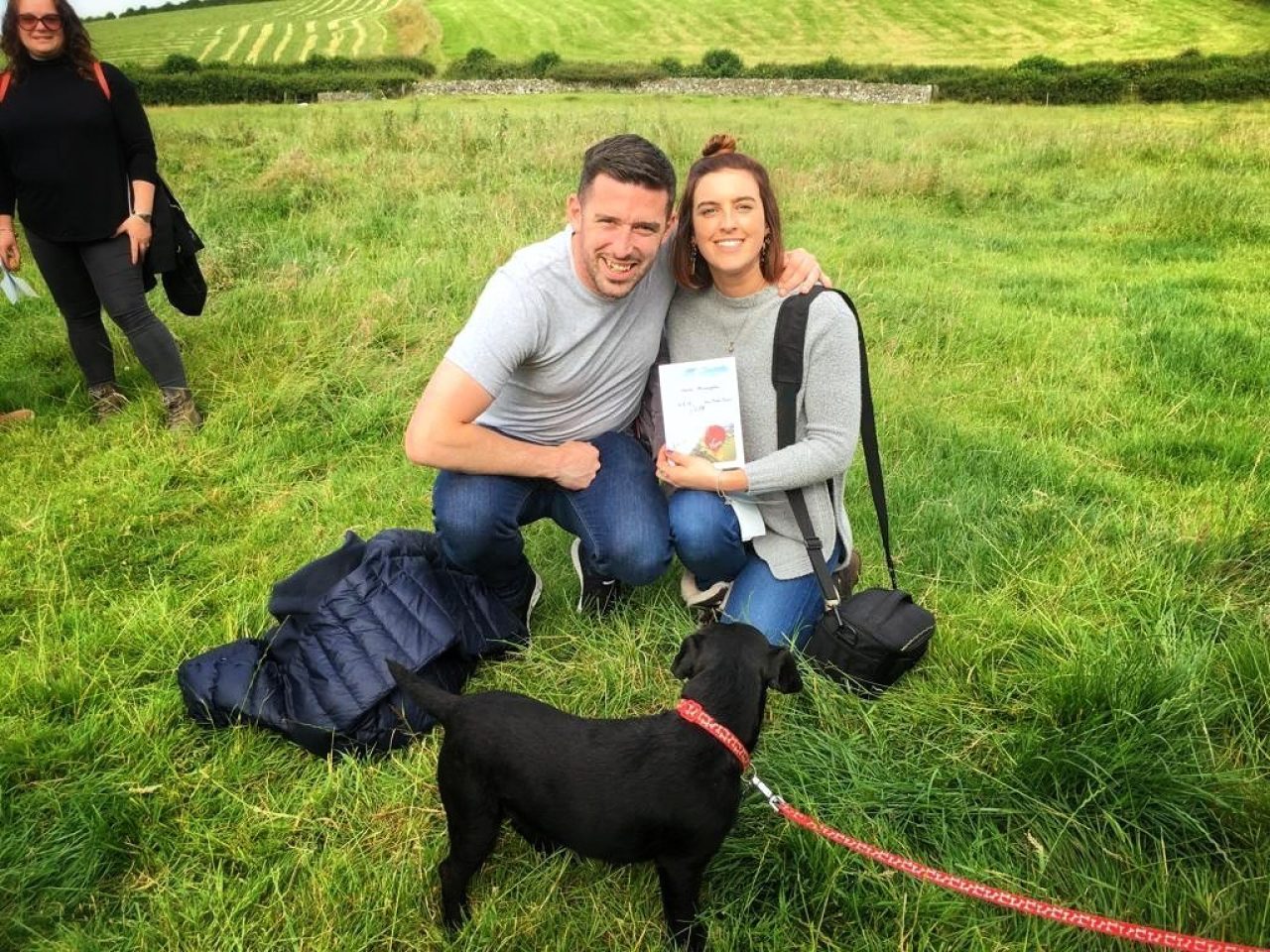 What type of anniversary could be just as special as the first year from your wedding?

A double anniversary - Claire and Michael celebrated two years from their special day and ten years since being together.

They had their wedding at Headlam Hall with an elegant 1940's theme, after an engagement in Iceland two years prior.

Their anniversary flight happened now, in between the two months, but Claire says it feels ever more special. 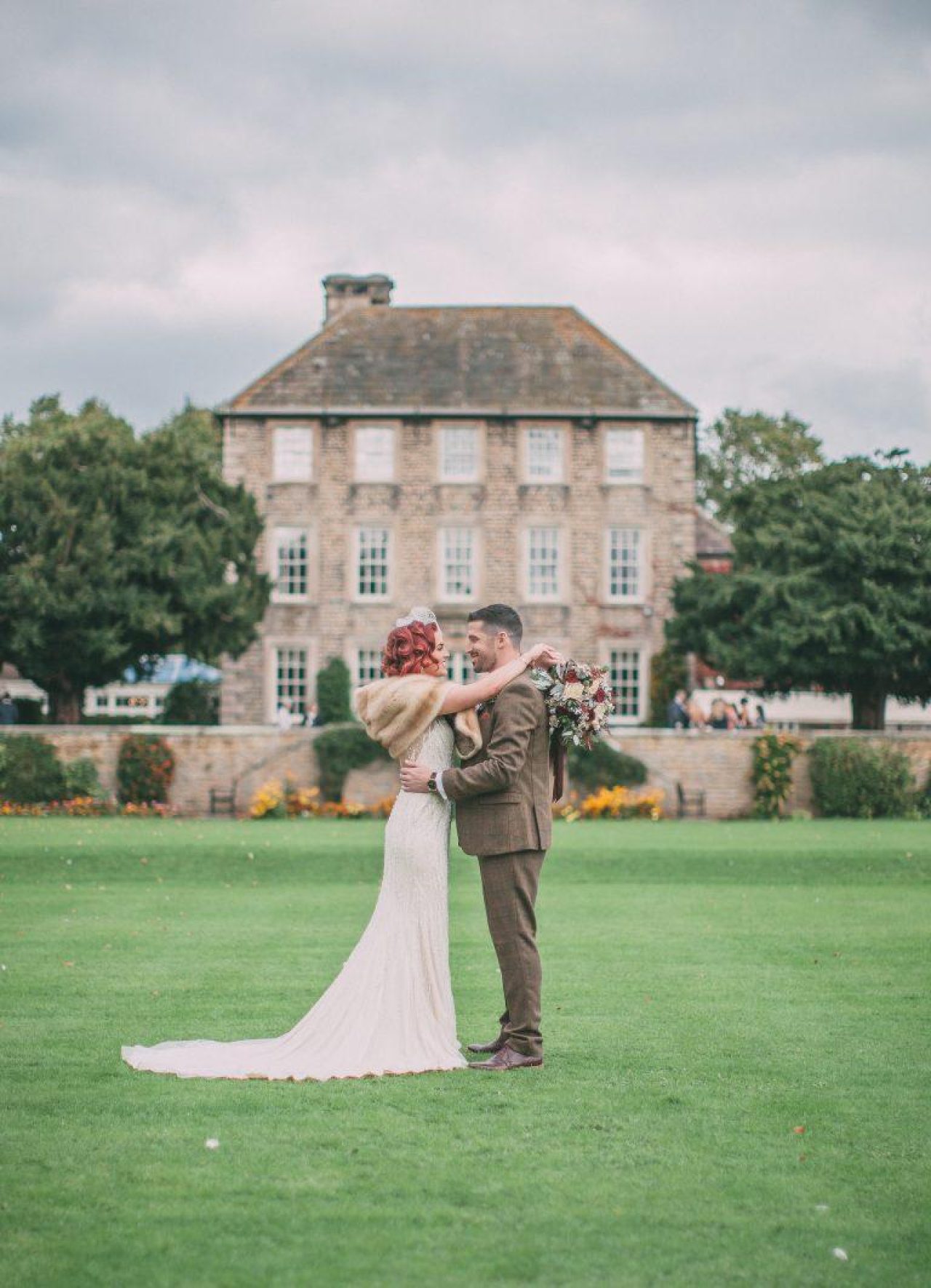 Claire and Michael shared their wedding photo in the 1940s style with us.[/caption]

“The flight was amazing and we were so lucky with the weather and the views.

"Chris and the team were amazing, very friendly and approachable and clearly knowledgeable within their field, they made us feel at ease and got everyone involved in the set up and close down of the balloon.

"Couldn’t fault them at all, thanks again guys!

"The balloon ride itself was incredible with great views of the Lakes in the distance and Morecambe bay and a beautiful river where the flight take off site was.

"We were fortunate to enjoy this experience with some really nice people who made it even more memorable.”

When three couples turn a balloon ride into a flight of celebrations, to have three best friends fly together while visiting the UK from the Caribbean only adds to the great feeling. 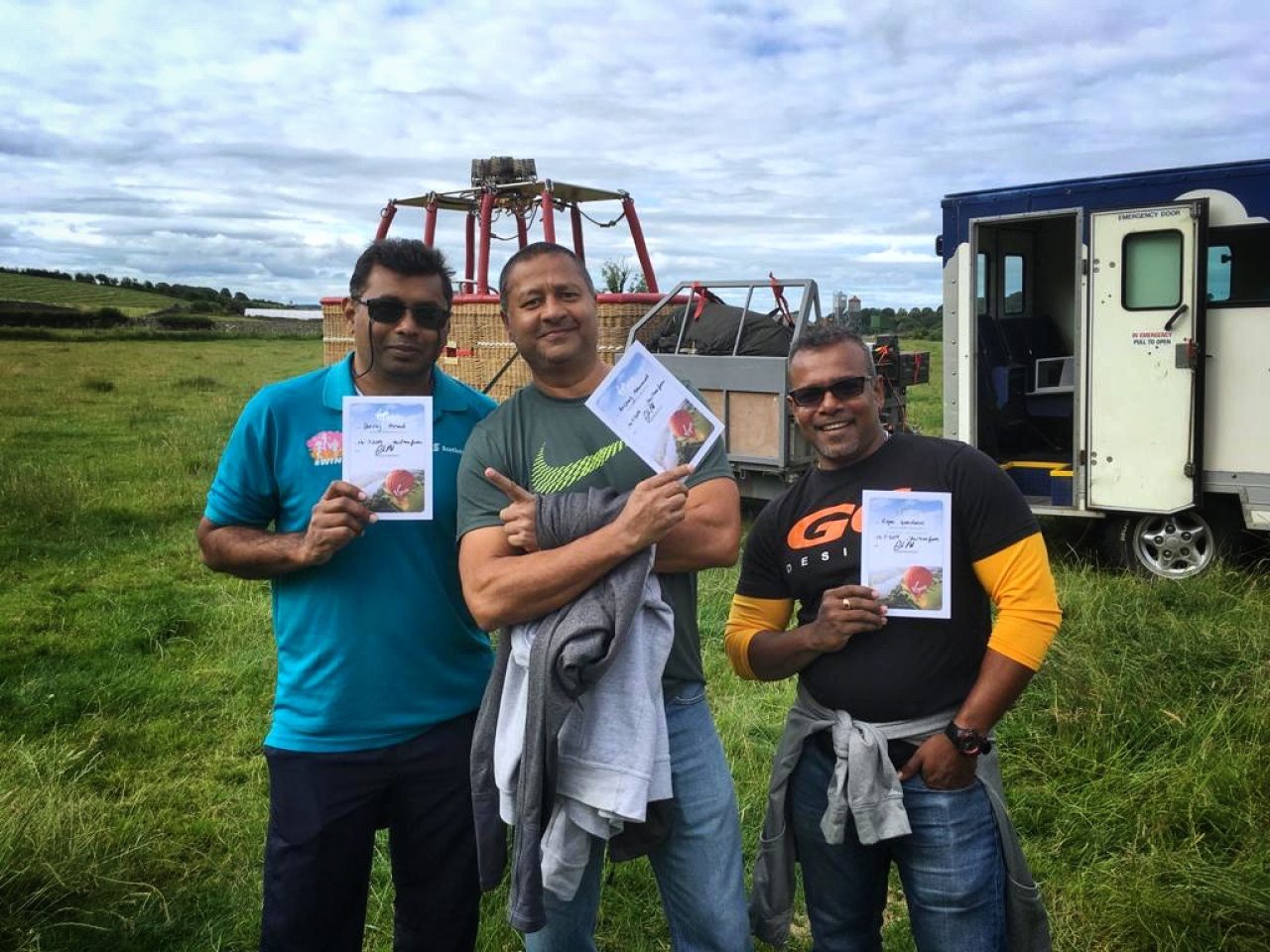 We don’t normally recommend travellers visiting the UK to book a flight, as weather restrictions could prevent flying on a short timescale.

However, everything fell into place for these three guys.

Judging by the photos, they enjoyed an amazing experience on board of the Virgin hot air balloon launched by Chris Aindow that day.

July already looks like a month of love and celebrations, almost as much as May stood out by the number of engagements on board our hot air balloons.