AFTER DECADES OF EXPERIENCE AND FLIGHTS IN DIFFERENT PARTS OF THE WORLD, CHRIS SANGER-DAVIES STILL THINKS THE PEAK DISTRICT IS ONE OF THE MOST BEAUTIFUL PLACES TO FLY OVER. HE JOINS VIRGIN BALLOON FLIGHTS FULL TIME IN 2020. 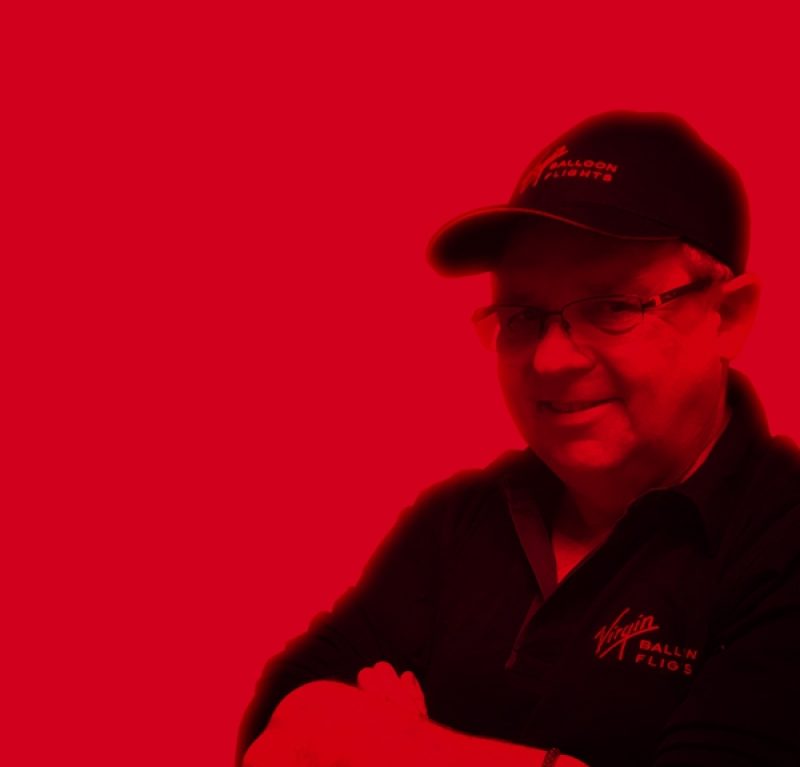 “The best part of my job is to see the look on people’s faces when we first leave the ground. I get to share their first flight experience. What’s not to love about that?”

With decades of experience behind him, pilot Chris Sanger-Davies starts flying full time with Virgin Balloon Flights in the East Midlands, including the Peak District, in 2020.

“It is a lovely countryside to fly over in the Peak District, including the people and the farmers there. It’s one of the best parts of the world “ said Chris.

And it certainly means something, when it comes from a pilot who has flown from all over the globe. He fondly remembers his hot air balloon flights in Mexico, Chile, Myanmar, and the Alps.

A stand in pilot for Virgin Balloon Flights for a few years, Chris flew for us on different occasions, such as York Balloon Fiesta. The opportunity has recently arisen for Chris to fly his own Virgin hot air balloon.

His lifelong passion for hot air balloon rides started in the 1980s. Chris became a retrieval driver for a local balloonist, and it wasn't long until he was encouraged to learn to fly the hot air balloon himself.

He then got his Private Pilot Licence in 1987, and five years later he successfully obtained his commercial licence. But Chris did not stop here. In the years to follow, he became an inspector, instructor and examiner for hot air balloons.

Can anybody fit any more hot air ballooning in their life than pilot Chris Sanger-Davies has?

If you fly with Chris, why not ask him about his stories from all his decades of hot air ballooning?