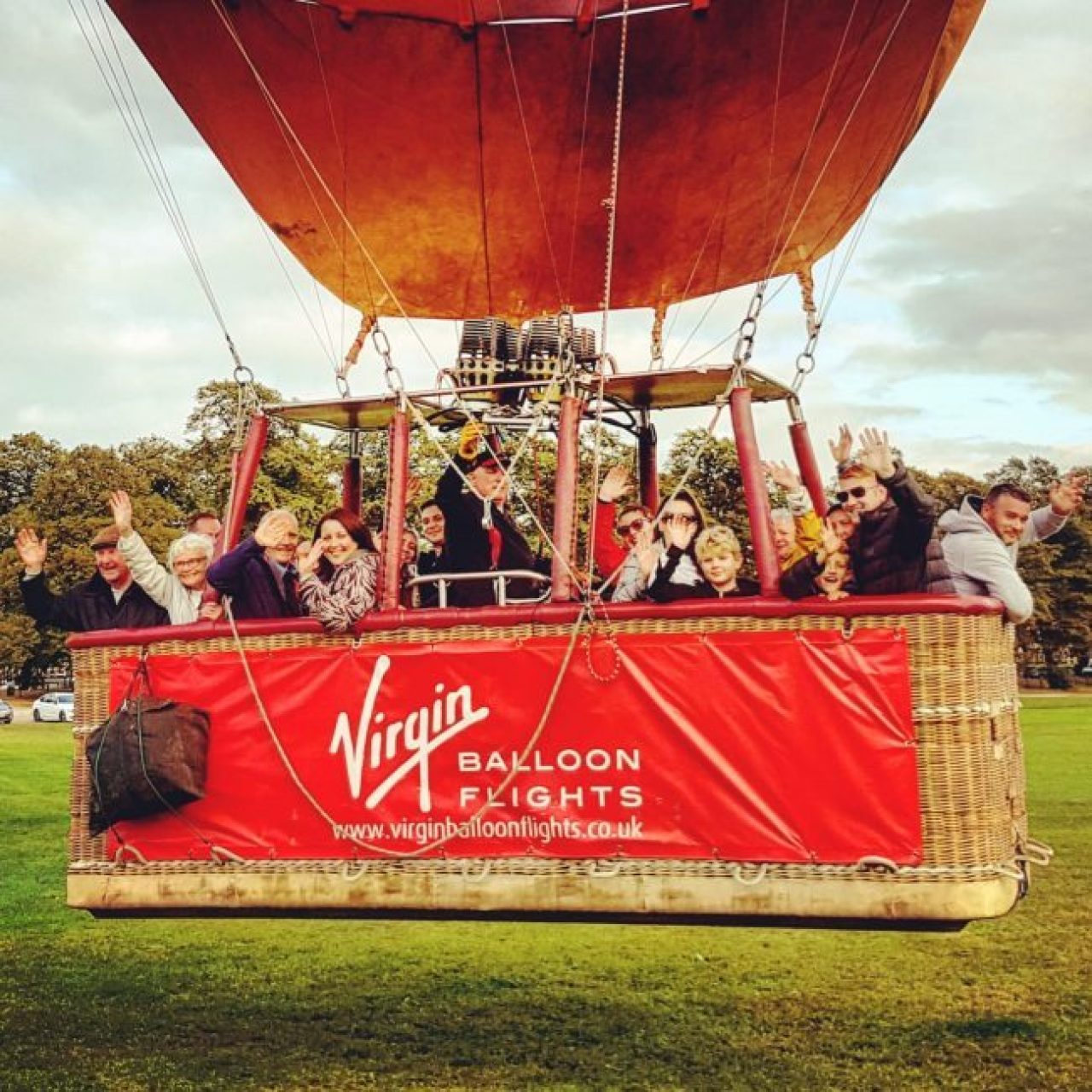 As we celebrate our special day, we take pride in being the biggest hot air balloon flights provider in the world.

We also treasure all the people who have been making this happen for a quarter of a century now.

From passengers to pilots and their crews, to our office staff, to the bigger Virgin family and to Richard Branson himself, we invited everybody to revel with us on our very special occasion.

They joined in and added to the great vibe.

You can also celebrate our 25 years of hot air balloon flights with us!

Watch the video above, which we put together with some of the greetings we received over the last few weeks.

We will publish other snippets on our social media channels, with more videos added on our Facebook page.

Through the images and stories sent in by our teams around the country, we celebrate the beauty and excitement of hot air balloons flights every day.

We fly from more than 100 locations in the UK.

Today, we invited two of our pilots who have been with us the longest to share their experience and memories.

Flying from Kent and Sussex, Damon Bridger has been a Virgin balloon pilot since 1995.

We asked him how it feels to have been with us for all of this time.

“Seriously, it’s extremely rewarding knowing that I'm part of a professional aviation operation and from my perspective the best in the world. Our equipment is second to none with new replacement balloons always available. It is great that I only work when the weather is nice. However, it can be extremely frustrating when the weather is unfavourable.”

Also, the biggest bonus is, as his passengers tell him, the “spectacular” view from his office.

Damon also shared with us some of his best memories through the years he has flown a Virgin balloon. 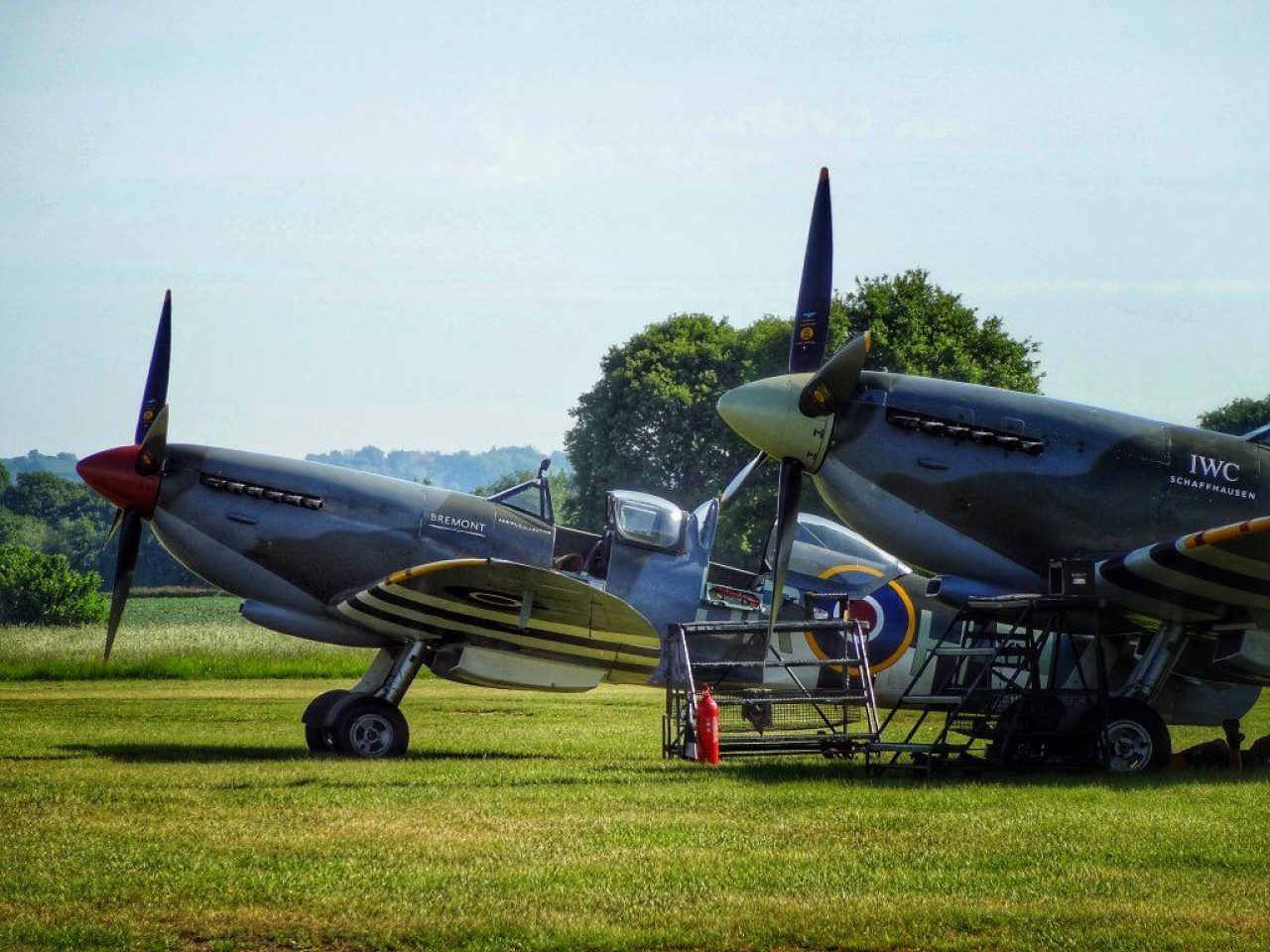 “One time, two Lancaster bombers were attending the Eastbourne air show (a very rare occurrence). On their return to base, whilst we were over Tunbridge Wells, both buzzed us tipping their wing either side as they passed. The sound of 8 Merlin engines was quite sweet. Five or six years ago, it was a rare sight to see any Spitfires flying. However, with the growth in pleasure flights in war birds we now see them quite a lot, and they normally buzz us. It’s like having a private air show at 3000ft.”

Offering the best flight experience to passengers on their special days also makes the charm of piloting a hot air balloon.

Often, couples get engage, celebrate their wedding anniversary or birthday aboard our Virgin balloons.

Damon talks about how he once flew a newly married couple, which happens very rarely.

As a hot air balloon flight is such a weather dependable activity, planning your weather around it would be difficult.

Damon told us about his particular occasion when a wedding did involve him and his balloon:

“We had a wedding party fly with us a couple of years ago. They were married, then left their reception to come fly, then on landing went back to the reception. It was quite a sight watching a bride clamber into the basket wearing a wedding dress.”

A Career Out Of True Passion

Mark Simmons – called Nobby – has also been a Virgin Balloon Flights pilot for many years. A double world record holder, he considers himself fortunate to have a career in a field he is most passionate about. But competitions and the excitement of flying are not the only reasons he is doing it for. He said:

“I get great satisfaction in seeing the smiles on the faces of my passengers, knowing that for most of them I have helped fulfill a live long dream of taking a flight in a balloon.” 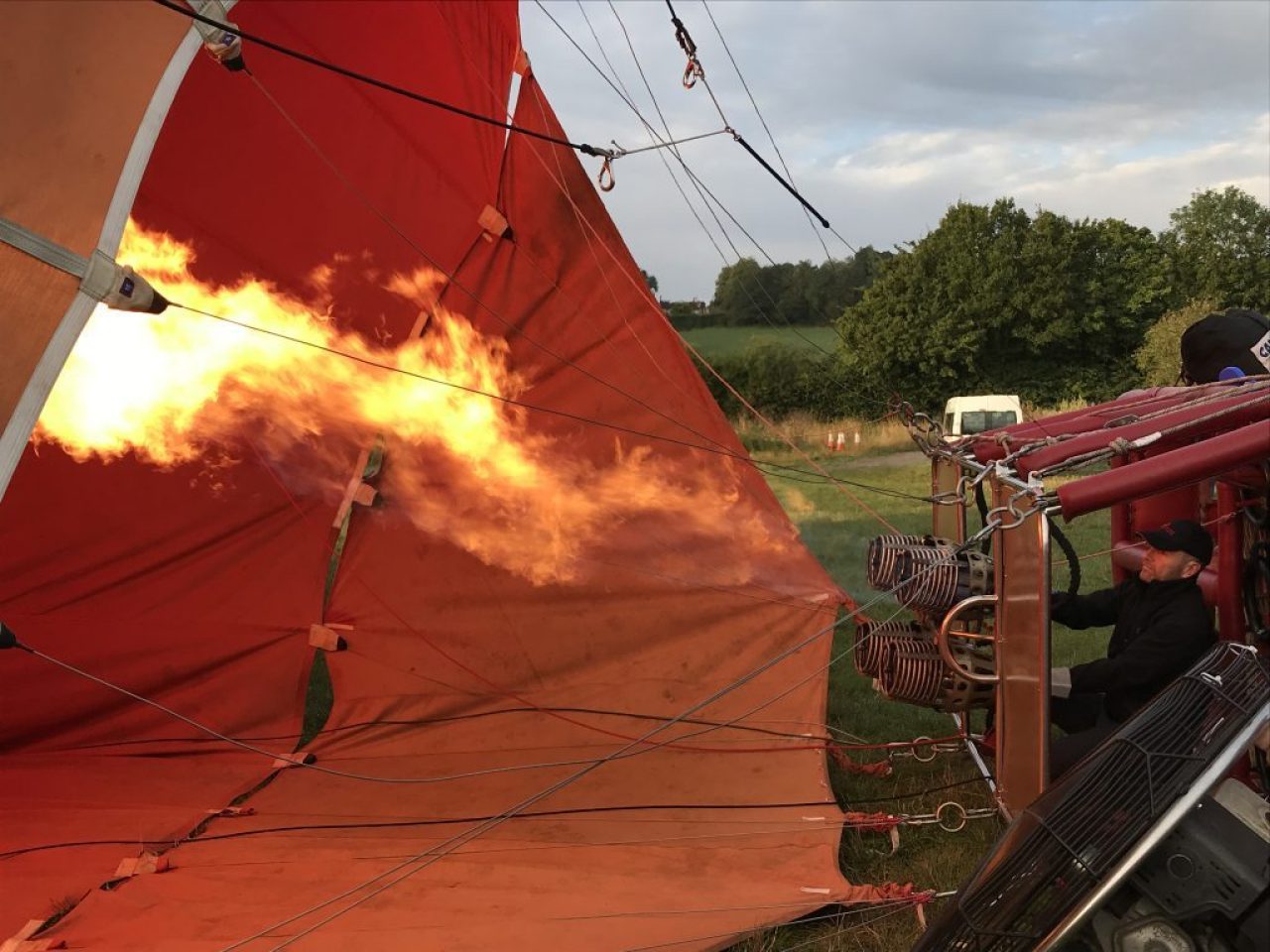 Spinning the memory thread, Nobby told us how things have changed through the years:

“When I started in 1995 Virgin Balloon Flights only had a handful of pilots. My franchise and I covered Bristol, Bath, the Lake District and Biggar in Scotland. So the first couple of summers I covered a lot of motorway miles! Now I am very lucky that my smaller flying area covers Bristol, Bath, Cirencester, Swindon and South Wales. This is one of the busiest ones in the country and it keeps me flying all summer whilst allowing me to be near home and my family.”

His best memory as a Virgin balloon pilot has to be his experience with the Gary Rhodes BBC show.

Nobby shared the video with us, but also the story of how he nearly flew a very famous girls pop band.

“Back in 1996 I spent a week flying with Gary Rhodes for his BBC television programme. This was a lot of fun and you can see the highlights here. But it also links to one of my biggest regrets! At the time Virgin management gave me the option of spending a week filming with the BBC or to do a one day mid-week special flight. I would have been taking a new pop band flying on the day of the launch of their debut single. This pop band was called The Spice Girls. As I had never heard of them before then, I chose the Gary Rhodes show!”

We will soon publish video content of our pilots talking about their passion for flying hot air balloons.

Not your regular job or career path, it requires intensive training, high focus and high skills to provide passengers with a great experience.

And it is this passion we have been building upon for 25 years.

As we preparing for our celebration, we came across the first ever Virgin Balloon Flights passenger.

In 1994, James Anderson’s (photo, middle) parents won a competition as part of the company’s launch.

They were about to fly with Richard Branson from Brands Hatch race track.

Unfortunately, the weather disagreed, and the initial flight had to be cancelled. 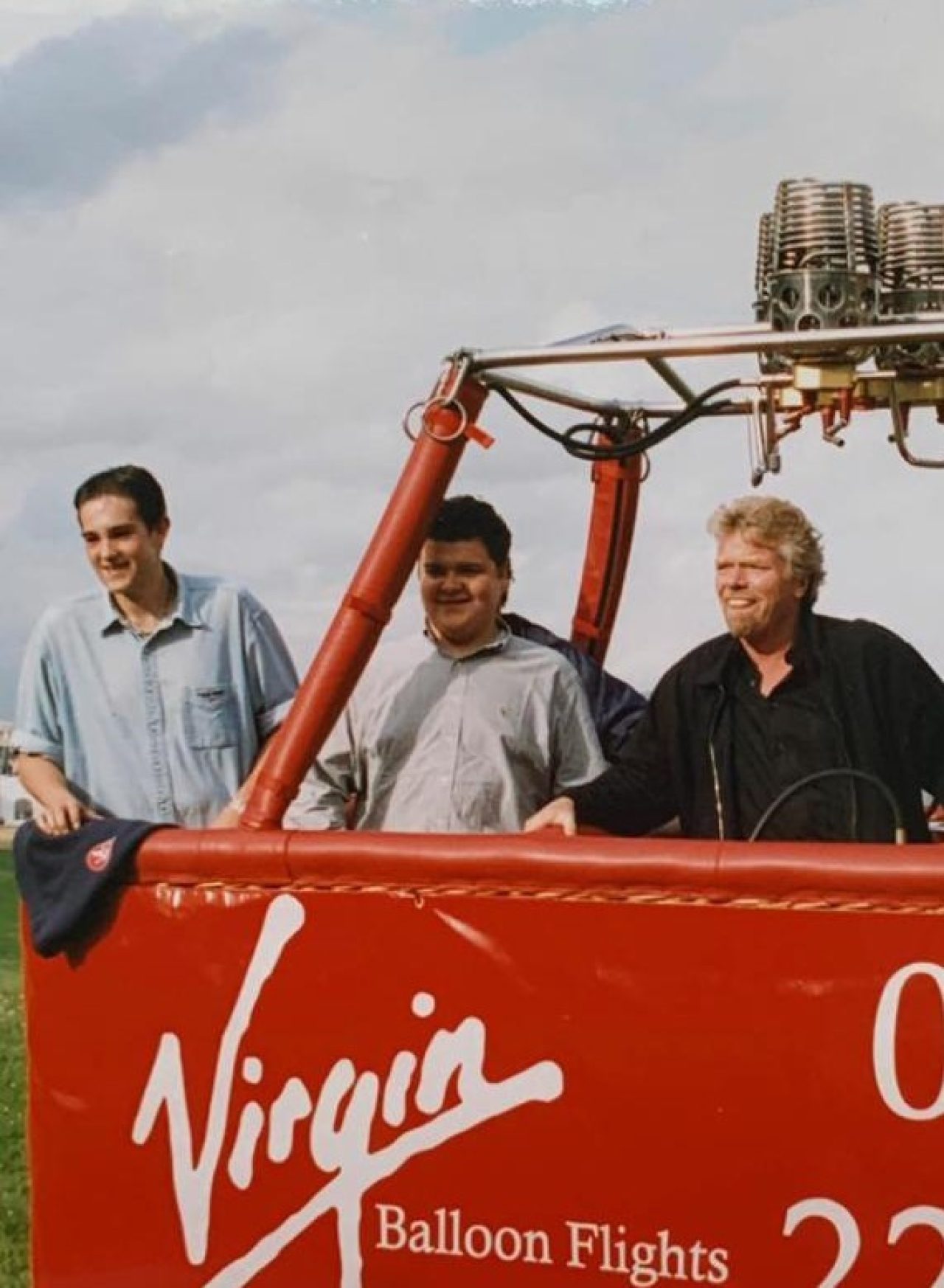 This series of occurrences lead to James, 17 at the time, flying in their place.

The flight took place later that year, from Durham.

Powered by such amazing memories and by passion for hot air balloons, we plan to be here for the next 25 years, to celebrate half a century of amazing adventures.