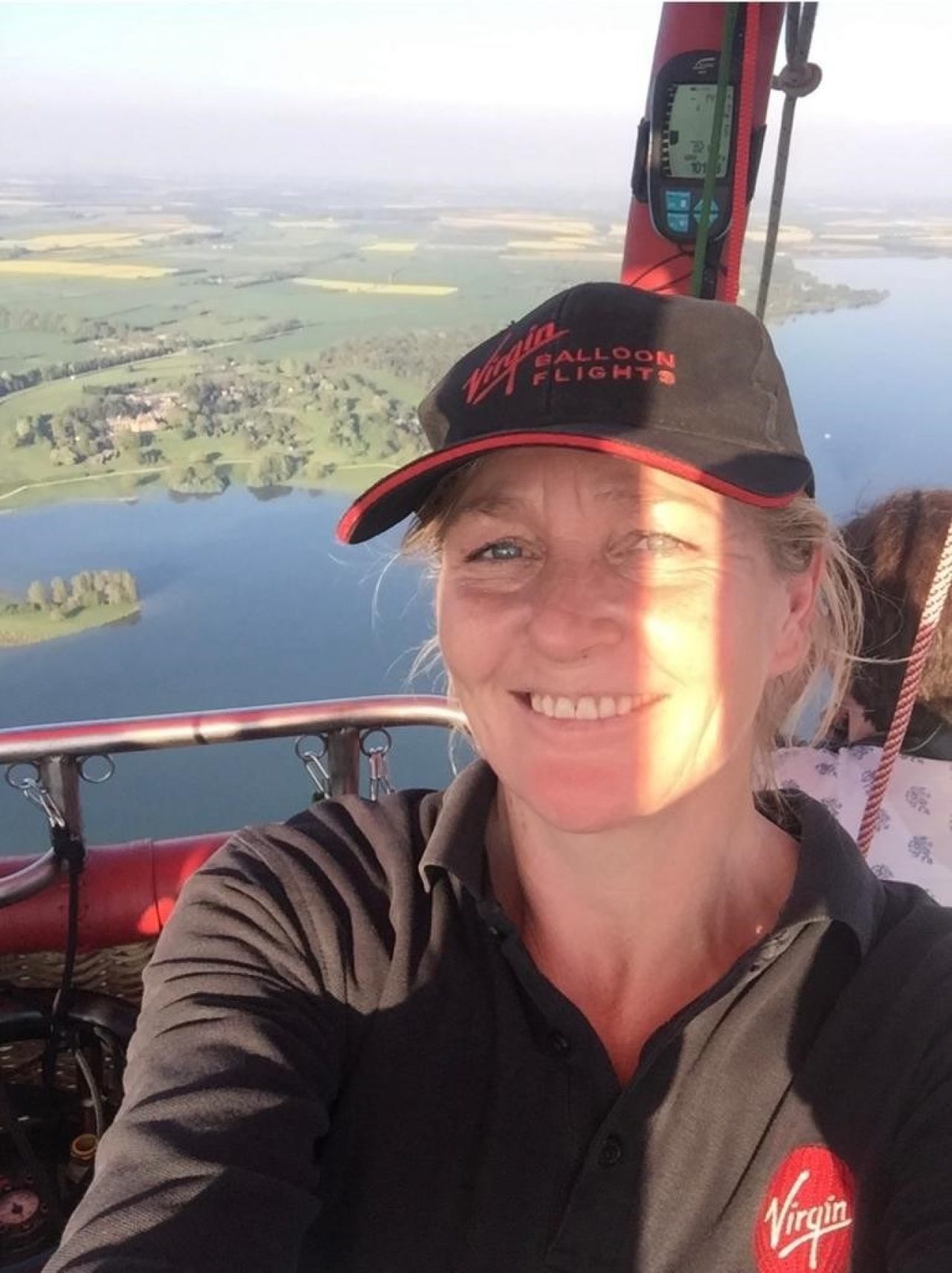 Women On The Rise-International Women’s Day 2022

International Women’s Day on March 8th 2022, is a day to both celebrate the achievements of women, and to recognise that we still have a way to go towards gender parity but today we’re using it as an occasion to shine a light on our fantastic female flying team.

The inspirational women pilots and crew we feature not only honour everything we stand for at Virgin Balloon Flights through dedication and hard work, but they also represent woman across the world that fight to stand out in a male orientated environment.

This day, coincidentally, is also the day back in 1910, when Raymonde de Laroche became the first woman to be issued with a pilot’s license. This is commemorated every year by International Women of Aviation Worldwide holding a celebratory week dedicated to fostering gender balance in the air and space industry using outreach, education, and advocacy.

We asked our female team about their roles, secrets of their success and how they dominate in a tough working world!

Allie is one of our newest pilots, heading up what we believe to be the first commercial all-female team from our Bristol and Bath launch sites.

To say she has achieved in her life is an understatement! Multilingual Allie, an established pilot, is also an British Balloon and Airship club qualified instructor teaching people how to fly balloons, a UK Type-rating examiner, a UK PPL examiner making her the first ever UK female examiner in 50 years of ballooning history in Britain and a BBAC and Part 66 inspector! Wow!

For some, this would be enough but not for Allie! She is also heavily involved in promoting ‘Women in Aviation’ and has conducted many interviews and written a number of research articles on this topic.

The Women’s Balloon Event she started in 2010 has become an annual event in the ballooning calendar as it aims to involve more women and girls in aviation and to create a mutual understanding between fixed-wing and lighter-than-air flyers.

She has also been awarded an achievement diploma by the International Olympic Committee in recognition of her outstanding contribution to promoting the development and participation of women and girls in sport.

Having been an active member of British Women Pilots’ Association (BWPA) for over 10 years, Allie regularly participates in flying events and discussions and has given talks during the annual Training Day. She frequently writes articles for the BWPA newsletter and was awarded the Jackie Moggridge Cup in 2016 for achievements in her aviation career and the Jack Brackenbury award for her aviation photography.

Allie has also tried nearly every form of flying machine from vintage Tiger Moths to Cuban microlight seaplanes, paragliding and trial helicopter lessons. When speaking to Allie about International Women’s Day and her role she said:

“I had many issues being a female in a male dominated world. But as a female commercial pilot you don’t only deal with male-discrimination but also with the potentially even worse fact of ‘female rivalry’. There certainly have been a lot more hurdles in my career than I have seen in fellow male pilots. Only a few years ago I became the first female balloon examiner – and that’s 50 years after commercial ballooning had been established in this country!”

“My passengers love having a female pilot but without the encouragement of my very supportive husband I might have given up en route and that’s what I sadly often see with other female pilots. There are still only about 5% - 7% female pilots moving up to commercial levels. I’d always say go for it to any young girls and woman who want to be a balloon pilot!” 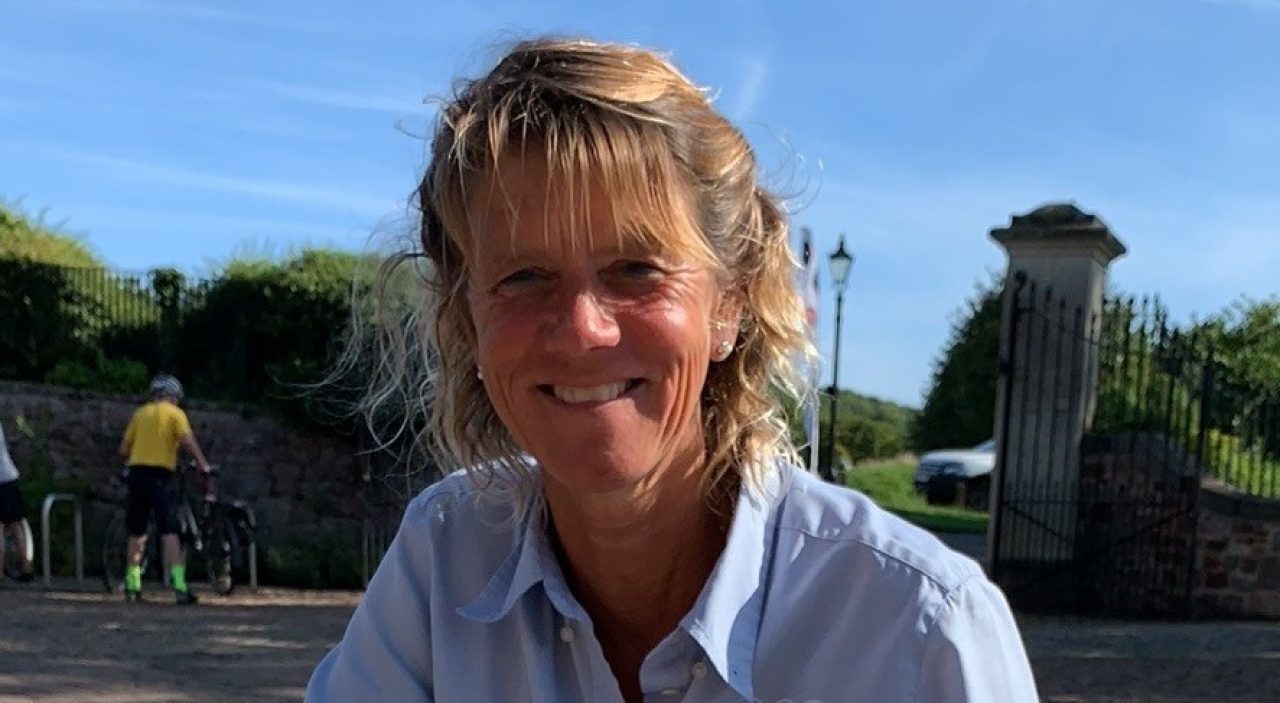 Supporting Allie as part of the all-female team is crew chief for Bristol, Caroline. Caroline has been in the aviation industry since 1997, working with aeroplanes before being introduced to the world of hot air ballooning!

When asked if she had any issue being a female in a male dominated world Caroline said “No. I think at the beginning it was “well let’s see how long this one lasts” but I think I’ve won them over and happily reverse something that even they said they would not attempt!”

“I don’t feel I’m treated any differently being a female, if anything I’ve been made an honorary bloke by some of the male pilots! So definitely not!”

“For females that would want to be either a balloon pilot I’d say to them to get in there. Tackle your weaknesses and expand your ability..if you don’t like something it’s usually because you don’t know enough about it but the feeling of achievement creates mental strength.” 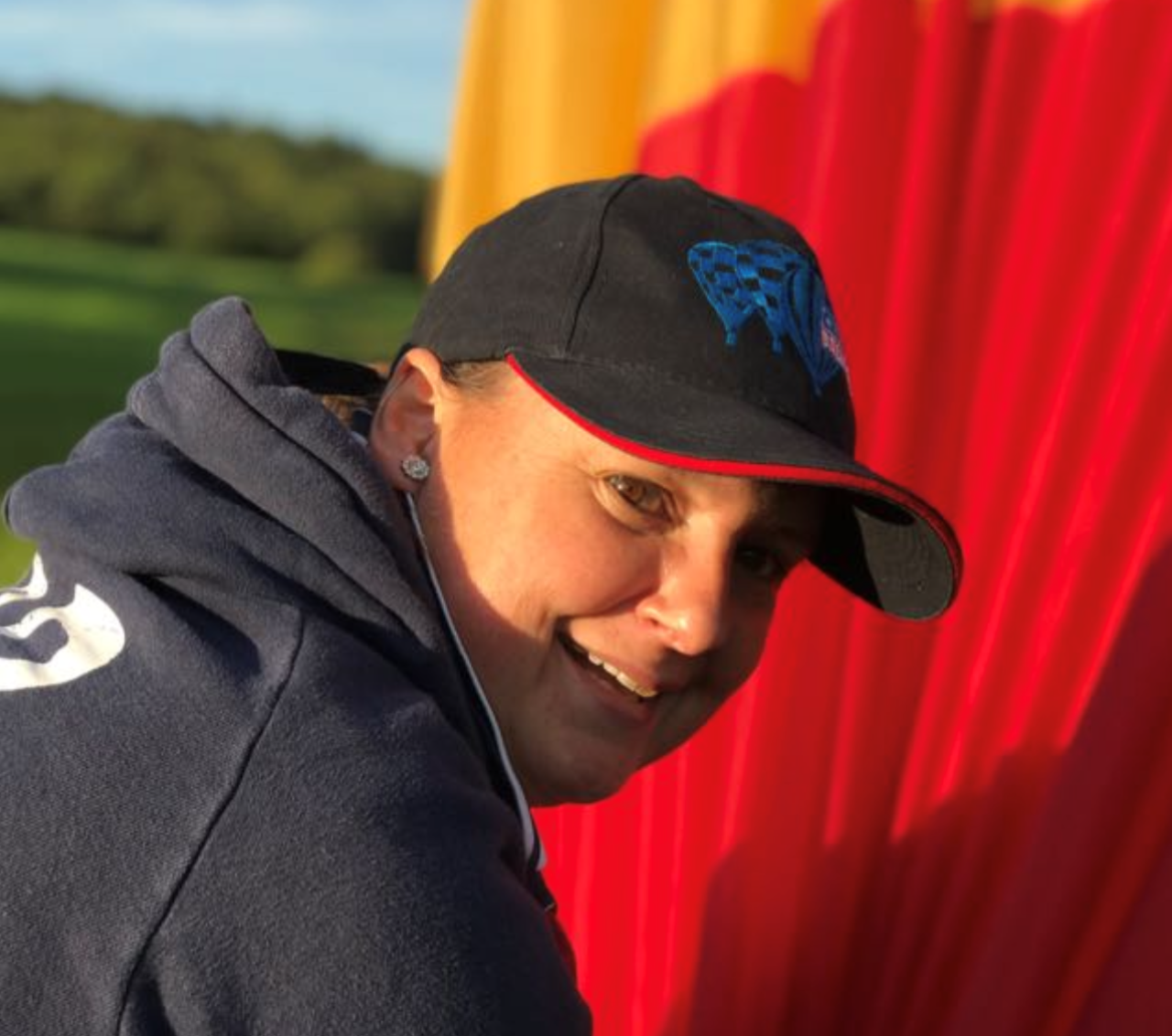 Another new member to the Virgin Balloons team is Moira who is also crewing for Allie. Moira, when not helping with the balloon experience, works in a special school in Bristol with children and young people who have physical disabilities, complex learning and medical health needs.

She is also doing a Masters degree in educational assistive technology in Dundee university, volunteers at an inclusive ballet school and loves boxing! This girl certainly can!

She also said" I don't feel I'm treated any differently. I’m still expected to do everything a man would and I do it with no worries. (I’m stronger than some of them anyway!)" 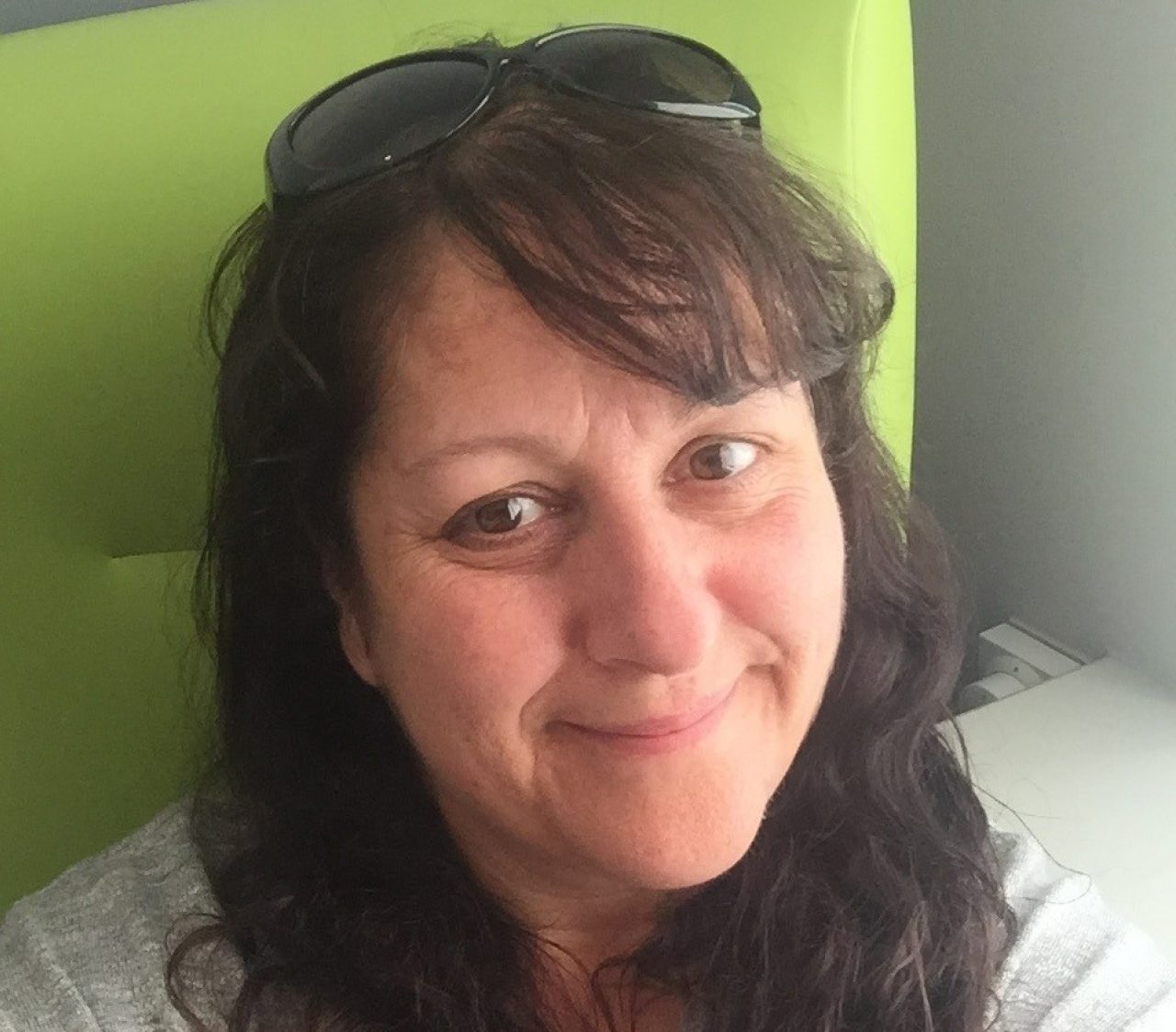 Rebecca has been one of the Virgin Balloon Flights pilots for over 10 years, after running her own ballooning company. With over 500 flight hours under her belt, she's fast becoming one of the country's most experienced female pilots. "One of the things I love about ballooning is the sheer beauty of the views, I have been lucky to be able to explore so much of the world," says Rebecca.

But being just a lowly woman, Rebecca says she’s often mistaken for someone other than the pilot, as can be seen in the video here:

People need to remember how awesome woman are “as a single mother of two incredible girls, I see women as tenacious, adaptable, tolerant and with an amazing ability to function on many different levels.”

For any budding female pilots out there, Rebecca says “take action to be a pilot! Join the British Balloon and Aerospace Club and be determined, focused, bold and patient.” 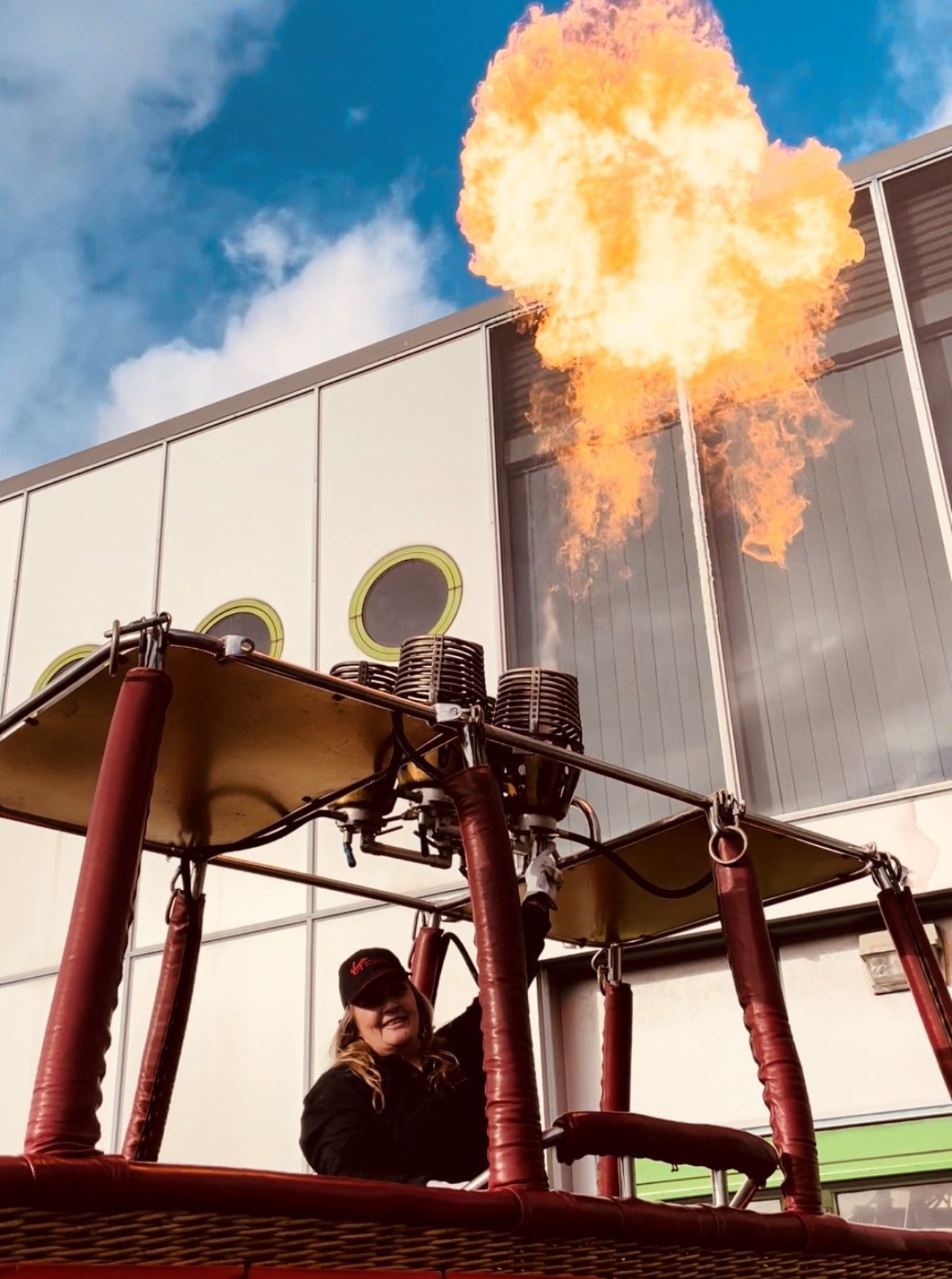 Another fantastic female joining the North East of England team is Abi who is one of our youngest and newest pilots, having trained with her Dad, Dave Sutcliffe, an established pilot at Virgin Balloon Flights. Abi is not only one of our flying dynamos, but she is an all round good egg as when the pandemic hit, Abi and her family could be found making PPE scrubs for local NHS workers after she saw they were running short. 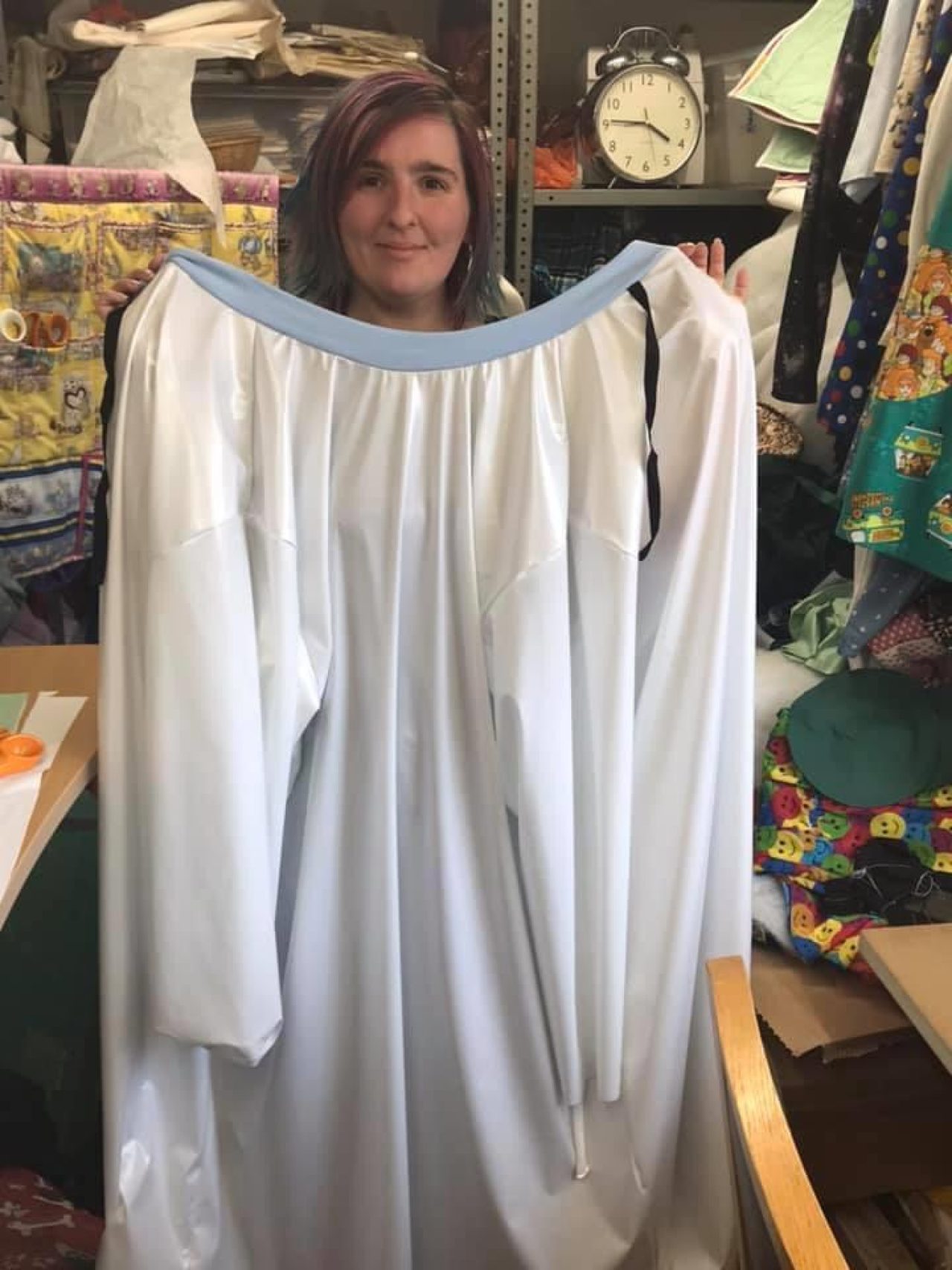 We're so proud to call all of these inspirational women Virgin Balloon Flights team members and we cant wait to hear more from them as the season progresses.